The US company Spectral Instruments is currently working on a camera that is to be one of a kind due to some very special features – a 112-megapixel CCD sensor and an ability to shoot the Sun and stars during daytime.

The camera will belong to the company’s 1100 series and features a chip that has been cooled to –100 degrees Celsius in order to eliminate “dark current”, thus allowing the exposures to last for hours while remaining crisp. Probably few of you know what “dark current” is so here’s an explanation – dark current is a relatively insignificant electric current that passes through photosensitive devices such as photo diodes or charge-coupled devices (CCD). 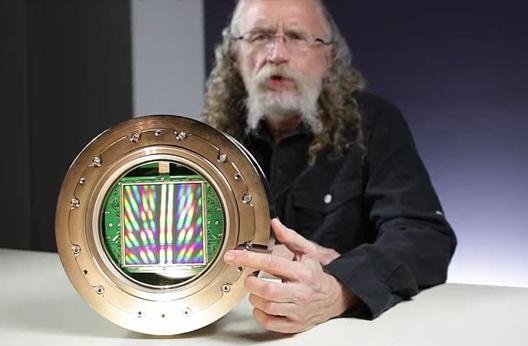 Representatives of the US company have also said that the camera is designed primarily for scientific use and employs a 95 mm x 95 mm (3.7-inch) sensor that is best used in space but at the same time can be used by any photographer. The camera is also expected to be very expensive, which is hardly surprising with just the sensor costing 100 000 USD.

Unfortunately at this point in time not much else is known.