Aces of the Luftwaffe

This week we decided to treat you with some serious Google Play apps, that is applications through which you can actually do something useful. So we took a look at the Apps section on Google Play and guess what we discovered – a game called Aces of the Luftwaffe. It was even rated “Editor’s choice” so we thought for a minute or two and decided to write an article on it.

Obviously the game takes you back in time to the Second World War when the German air force, called Luftwaffe, was something formidable. The app is not about history, though, it is all about hard action. This is the place to say that after all, Aces of the Luftwaffe is an arcade game so it will not come with tons of options, eye candy or the like.

Strangely enough, you will not play as the Germans, at least during the first mission. You will be a British pilot who has to fight hordes of German planes. By saying this things become clear – you will be playing your regular “planes” arcade game – move around, avoid enemy fire and shoot your way to the end of the mission. The game provides some help along the way – shoot some “special” planes and you will be given power-ups, health, ammo and more. From time to time you will have companion planes to help you in the heavy air battles, you will be fixed in mid-air after sustaining damage and you will be collecting golden German crosses that will help you upgrade your plane when not completing a mission. Speaking of this, after you successfully complete a mission you will be given the chance to improve your plane – given you have enough golden crosses you can make your plane faster, upgrade the guns it has, get more companions and more. Once done you are back in the fight. When you finish four levels you get to face an enemy boss and once you defeat him, you can play a new chapter in Aces of the Luftwaffe. This is what the game is all about.

There isn’t much to say on the graphics and the sound – they are okay. The graphics are decent and this is it – do not expect 3D, details, various visual effects and the like. Like we said Aces of the Luftwaffe is an arcade game so get used to it. The in-game sound is also okay, it fits the atmosphere of the app and provides sound effects as it should.

Aces of the Luftwaffe is a free app so if you want to shoot down a plane or two you can do this with it. The game is here on Google Play.

The latest fashion addition to the Casio Baby-G line come in collaboration with street-savvy apparel company, Married to the Mob. The limited-edition model called BG5600MOB-4 boasts a design that "emulates alternative vibes for street wear couture" and feature a metallic blush base and Married...

Sony Professional Europe today confirmed that it has been selected by BSkyB (Sky) and Telegenic to design and build one of the world’s first 3D Outside Broadcast (OB) trucks, due for delivery in April 2010. Sky, Telegenic and Sony have been working together to develop a next generation outside... 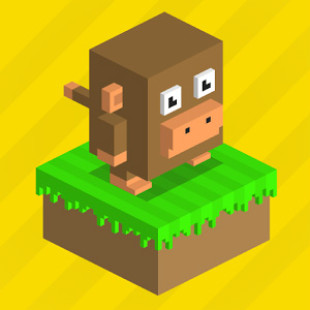