If you take a closer look at Google Play you will soon discover a new game by Rovio, again dealing with the popular story of birds and pigs. This time the game is called Angry Birds Epic but if you think you will see the same old stuff you will be mistaken.

Angry Birds Epic offers completely different game play when compared to older versions of Angry Birds. The game is not only turn-based but it also allows your enemy to respond. Angry Birds Epic makes you fight your way through the hundreds of levels that you will get in turns. You are the first to attack but then inevitably you will have to suffer a strike too. The good news is that there are numerous ways in which you can get armor and better weapons so that you can defeat your enemies. In addition some tactics will not be useless when you need to decide on which adversary you want to land your strikes.

This new Rovio game also scores points in the graphics and music field. You can expect to enjoy really nice colorful 2D graphics and catchy sound that completely complement the game and the game play. Angry Birds Epic is a title that you will surely enjoy.

Unfortunately the app is rather large and once downloaded and installed it will download a number of other files so prepare some more free space and time before you can fully enjoy this game. In addition it seems to tax your hardware so make sure to have a more powerful Android device around.

Angry Birds Epic can be checked out right here on Google Play. Don’t be afraid to download it – the game is totally free.

Hewlett-Packard Company has issued a new firmware that according to the company solves the recently discovered security hole affecting certain HP printers. This comes as a reaction to the discovery of Columbia University researchers that was made in November 2011. According to them they have...

Gamers are always pushing for the ultimate realistic gaming experience, and the XFX Radeon™ HD 5800 Series graphics cards brings them three enormous steps closer to their ideal. First, ATI Eyefinity Technology enables gamers to see things like never before, with the ability to spread out... 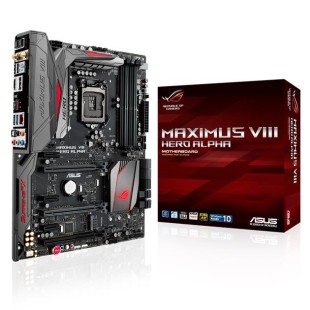 The famous Taiwanese motherboard maker ASUS has released the new Maximus VIII Hero Alpha motherboard, which is based on Intel’s high-end Z170 chipset and has support for Intel’s 6th generation Skylake processors. The motherboard is unusual with one feature that it offers – there’s native support...