Armor Blade is a game for grown up children due to a simple reason – the violence inside this free Android app is abundant. Sadly, the game does not really have a story behind, which leaves you wondering why someone created such an application in the first place.

Armor Blade quickly takes you to times unknown where you have to command troops and then defeat your enemies. The main goal inside this game is to get yourself out of “the wastelands” but this will not be easy since you will have to battle numerous enemies as well as various bosses. Fortunately you will have strong warriors in battle as well as magic and spells that you can use to lay waste to your foes. The game has some strategy inside – there are various heroes and warriors that you can use and in addition to this the battle formation also plays a role in the battles so be careful when placing your troops!

This is pretty much everything that Armor Blade lets you experience since the battles are pretty much automatic and the only thing you can do is help your troops by casting spells, for example. The game features colorful 2D graphics that seem to be taken from cartoons and sound that is nice but do not expect more features out of the app. This is not to say that Armor Blade is a bad game but it does not let you command your troops in real time. On the other hand this makes battles easier. You will get many of them since they come one after another and the end is nowhere in sight.

We are left with mixed feelings when it comes to Armor Blade. The game is not bad but it will appeal to people who like battles and wars as well as action games to put it in a simple way. Perhaps the biggest question is why so many battles without a cause to fight for but there’s no answer. The end result is that Armor Blade is for action fans only.

The Taiwan-based company Thermaltake has unveiled what it claims to be the world’s first gaming mouse that comes with a cooling fan. The so-called Black Element Cyclone gaming mouse relieves “your gaming tension and sweat” thanks to a fan that blows right onto your fingers. In case you... 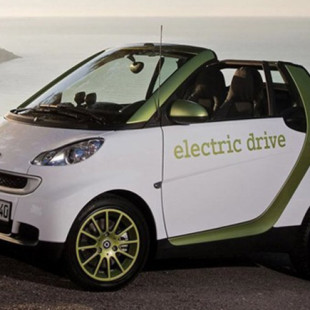 The popularity of electric cars is on the rise. Their reputation took a massive blow in early life but they are back with a vengeance. In early the days of the car manufacturing, notably at the time of a nascent Henry Ford Motors, gasoline was remarkably cheaper than electric, making the idea of...

A company that goes by the name of Giada has launched a mini PC that runs Android 4.0 Ice Cream Sandwich right out of the box and sports an ARM processor. The device is known as Q11 and measures just 191 x 155 x 26 mm. Powered by Allwins A10 Cortex-A8 processor at 1 GHz...