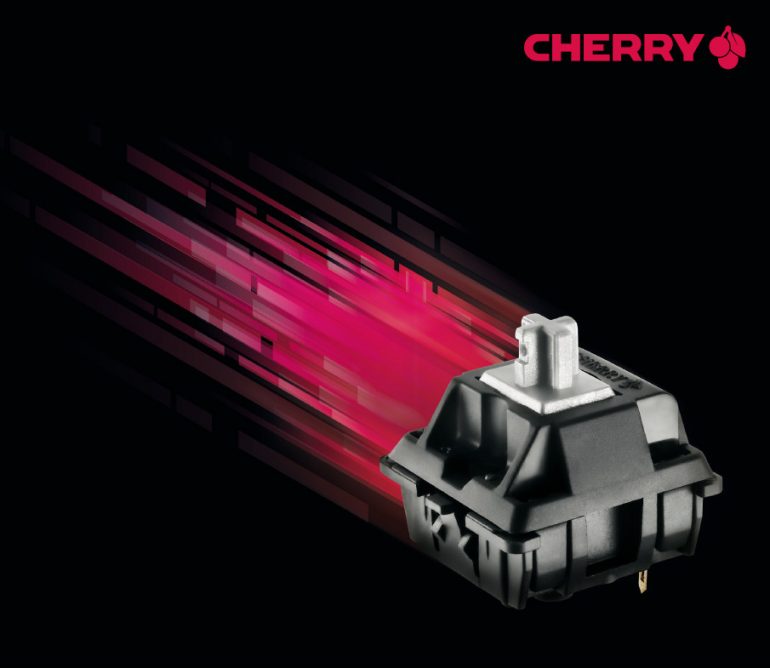 The maker of mechanical switches and keys for keyboards Cherry has announced the new MX Speed switches, which have shortly followed the very quiet MX Silent switches. The new MX Speed line targets hardcore gamers and people who work with text and features the fastest switches that Cherry can offer right now.

The main feature of the new MX Speed switches is that they have an actuation point of just 1.2 mm, down from 2.0 mm in most other keyboards. This means that the MX Speed switches need less time to react and users need to apply less effort when typing. Thus the switches have to cover an extremely short travel distance and when combined with a low activation force of only 45 cN, the Cherry MX Speed switches feature low response times and high switching frequencies. In addition to this the new switches come with the unique Gold-Crosspoint contact technology and a low bounce time of less than one millisecond (typically). This makes the MX Speed the fastest switches Cherry has ever developed. They also support RGB lighting and up to 16.8 million colors so expect MX Speed keyboards with RGB features really soon. Add the durability of over 50 million keystrokes and you will enjoy your MX Speed-based keyboard for a really long time.

Currently Cherry has a deal with Corsair with the latter having the right to release the world’s first gaming keyboard with the new switches. The cooperation will run for six months after the launch of the new Cherry switches.