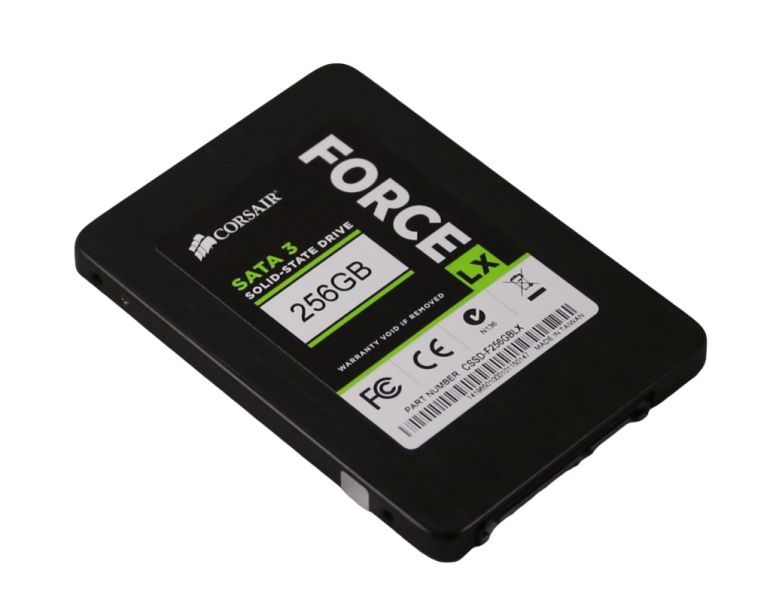 Some time ago solid-state drives (SSDs) were an expensive addition to your PC. Despite the impressive speed they offered they were off limits for most people out there due to high price. Things have become better nowadays when there are faster and cheaper SSDs on the market thanks to efforts by various companies to bring cheaper such products to market. Corsair appears to be the latest company to offer such a SSD.

Indeed the famous US maker of memory devices has released a new budget-oriented line of SSDs known as Force LX. The drives come housed in aluminum chassis that are just 7 mm thick and fully support the latest SATA 3.0 interface. The new Corsair solid-state drives come with a Silicon Motion controller but the exact model is unknown.

The Force LX line includes two models only at the moment – one 128 GB and another 256 GB. Read speed reaches 560 MB/sec, while write speed has been rated at 300 MB/sec. The drives support TRIM, NCQ and S.M.A.R.T technologies and offer SSD Toolbox software for better SSD management.

Now the price, which is always perhaps the most important thing – the 128 GB model sells for USD 74.99, while the more spacious 256 GB model asks for USD 129.99. Both models get a standard 3-year warranty.

Intel may have cancelled Broadwell-EP/EX processors