Do you want to cause some trouble and wreak havoc without risking anything? If yes, then you should try a game called Crazy Cars Chase.

This is an action game as the name of the app suggests and more or less it is a simplified Android version of Grand Theft Auto. The app is a simple one and it even does not have a tutorial. All you have to do here is try to escape the authorities but let’s face it – sooner or later you will get caught so in this game of survival you have to try to remain at large for as long as possible. Crazy Cars Chase is all about action so you are thrown into it once the game fires up – just try to confuse the police and get as far as you can. This also makes the game simple – you just have two buttons for making left and right turns and this is it. The simplicity has affected the visuals as well – the game is heavily pixelated and seems to have come to us from the early 1980s. The good thing is that you get colors with the visuals. The sound effects are also simple but like we said Crazy Cars Chase is about action and not something else.

Crazy Cars Chase is a fun game and this is for sure. This app is also the easiest way to cause trouble and see if you are good enough to escape the authorities. We recommend Crazy Cars Chase to all action fans and we are sure they will enjoy this free Android app just like we did. 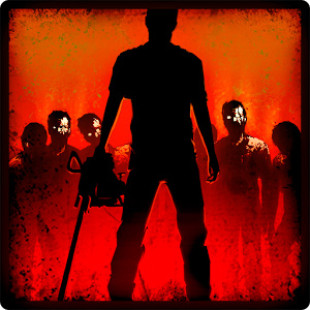 Into the Dead is a game that deals with zombies and this is clear right from the start. But is this another boring zombie game? Actually no - Into the Dead is one of the most interesting and fun zombie games we have played in a while! This free Android app takes you to a world overrun by...

Fusion-io, the leader in solid-state architecture and high-performance I/O solutions, announced the ioDrive Duo, which doubles the slot capacity of Fusion-io’s successful PCI Express-based ioDrive storage solution. The new ioDrive Duo is the market’s fastest and most innovative server-based...

Microsoft Corp. has signed a patent cross-licensing agreement with Funai Electric Co. Ltd., manufacturer of LCD TVs sold in the United States under brands such as Philips, Magnavox, Sylvania and Emerson, to further the development of each company’s current and future products. The agreement...