Ericsson to acquire the parts of the Carrier Networks division of Nortel for 1.13 billion

Ericsson has today entered into an asset purchase agreement to acquire the parts of the Carrier Networks division of Nortel relating to CDMA and LTE technology in North America. The purchase is structured as an asset sale at a cash purchase price of USD 1.13 b. on a cash and debt free basis. This announcement follows the completion of the auction process initiated by Nortel, and the transaction is subject to court and customary regulatory approvals.

Ericsson acquires an installed base and a healthy business that provides major operators CDMA technology and support services. In addition, the acquisition strengthens Ericsson’s ability to serve North America’s leading wireless operators in the evolution to LTE. The acquisition significantly expands Ericsson’s footprint in North America, particularly as this region is emerging as an early adopter of LTE technology. The acquisition also provides Nortel’s customers with a strong and reliable supplier for the future, many of which have expressed support for this acquisition.

“Acquiring Nortel’s North American CDMA business allows us to serve this important region better as we build relationships for the future migration to LTE. Furthermore, by adding some 2,500 highly skilled employees, of which about 400 are focused on LTE research and development, Ericsson reinforces and expands a long-term commitment to North America. This deal, along with our recently announced Sprint service agreement, truly positions Ericsson as a leading telecoms supplier in North America,” said Carl-Henric Svanberg, President and CEO of Ericsson.

The agreement includes important CDMA contracts with North American operators such as Verizon, Sprint, U.S. Cellular, Bell Canada and Leap, as well as LTE assets, certain patents and patent licenses relating to CDMA and LTE. Nortel’s customers will also benefit from the continued support of Nortel’s installed CDMA base and the migration path to LTE.

Nortel’s North American CDMA operations generated approximately USD 2.0 b. in 2008, with robust profitability from a good product mix, which includes a significant amount of services. Going forward, research and development costs are expected to be relatively low in CDMA compared with other technologies.

Ericsson’s North American business generated SEK 17.9 (USD 2.7) b. of sales in 2008, mainly from GSM and WCDMA equipment and associated services. When coupled with the recently announced Sprint services agreement, this acquisition makes North America the largest region within Ericsson and encompasses some 14,000 employees.

The robust financial profile of the acquired operations will contribute significant top- and bottom-line additions to Ericsson. The transaction is expected to have a positive effect on Ericsson’s earnings within a year after closing. Magnus Mandersson, presently head of Ericsson Northern Europe, is appointed President of Ericsson CDMA operations, and Richard Lowe, Nortel, is appointed Chief Operating Officer.

“Our two companies share a long-standing commitment to technological excellence and innovation, and we look forward to welcoming the Nortel employees into Ericsson. We are truly impressed with their continuing outstanding performance during these challenging times,” said Magnus Mandersson, President of Ericsson CDMA operations.

“The agreement with Ericsson provides a strong and stable future for Nortel’s CDMA and LTE business. Customers will enjoy continued strong support from an industry leader as they look to evolve to LTE. Many employees will also have the opportunity to continue their work with Ericsson, bringing their innovation power and creativity to the wireless industry for years to come,” said Richard Lowe, President of Carrier Networks at Nortel.

Consummation of the transaction is subject to approval by the United States and Canadian Bankruptcy Courts and the satisfaction of regulatory and other conditions.

SEB Enskilda is acting as Ericsson’s sole financial advisor in the transaction. 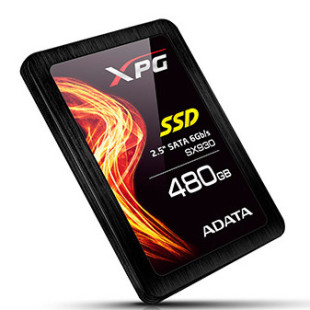 The Taiwanese manufacturer of solid-state drives and computer memory ADATA has released the new XPG SX930 line of 2.5-inch, SATA 3.0, gaming solid-state drives, designed for hardware enthusiasts and overclockers. The main feature of the new SSD line is performance – the drives in the line... 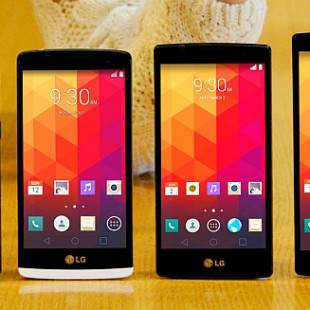 Although AMD is expected to launch its dual-GPU video card Radeon HD 7990 at Computex 2012 next month this fact alone does not stop its add-in board (AIB) partners from working on custom dual-GPU graphics cards that will be launched as Radeon HD 7970 X2. The Radeon HD 7970 X2 cards will...