The name of the game says it all – Extreme Sport Car Simulator 3D is about simulating an extreme car and driving it.

In our case the extreme car is a BMW 3-series, which is not a bad choice. The goal of the game is simple – be a road devil. Drive the car to the extreme, cause trouble, and of course damage the car.

The player will get to experience how it feels like to drive a BMW but he/she will do so in a completely depopulated and empty city. This is depressing but this is what you get with Extreme Sport Car Simulator 3D. Still you will see a moving car or a moving bus here and there, which will give you the illusion that actually someone really lives there. There isn’t much to say about the game play as it is strictly connected to accelerating the car and then making extreme turns or stops. A nice touch is that the developers have added a few more options such as enabling or disabling ABS, ESP and TC, which does influence the way in which the car behaves. In addition when you strike an object you get to see damage on the BMW although when we smashed our rear end the brake stops kept on working.

We can’t really say that Extreme Sport Car Simulator 3D comes with nice graphics and sound but they will do. Still, the game is in 3D and we did not see any strange bugs and errors. As to the sound – it is average and that’s about it.

What’s the final verdict – Extreme Sport Car Simulator 3D will bring some extreme emotions to your life but just do not expect too much out of it. Still, you will be able to drive your car like crazy and then enjoy smashing it for free, which is not a bad thing after all.

You can check this game out here on Google Play.

Buffalo Technology Japan announced a new external BDXL compatible Blu-ray writer, which will allow you to playback and "burn up" 100GB/128GB discs. The model is called BRXL-PC6U2-BK is USB powered and has two built-in USB 2.0 cables, to ensures a much more stable writing process and full 4x... 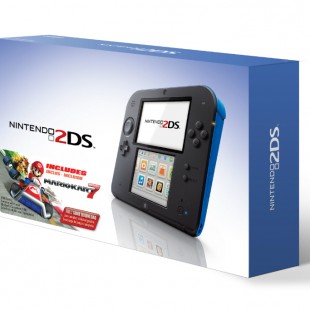 If you are saving money for one of Nintendo’s 2DS gaming systems, we have some good news for you – Nintendo will drop the price of the portable gaming system from USD 130 to USD 99.99 on August 30. So if you have more than USD 100 but less than USD 130, you are good; if you have all the money...