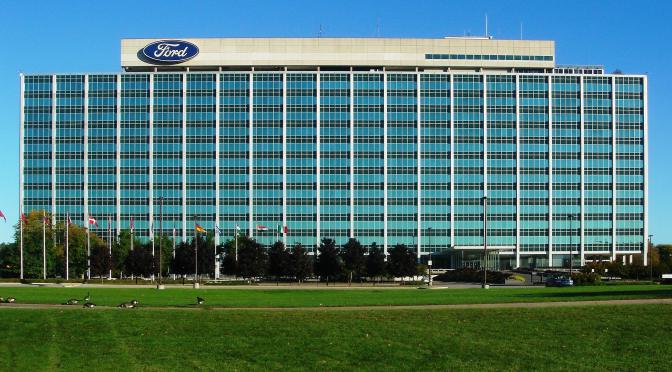 Ford announced on December 15th that the company has appointed Paul Ballew to serve as executive director and chief data and analytic officer. The appointment comes from Ford as an effort to continually improve the development of innovative connectivity, mobility and autonomous driving assistance. In addition, Ford Motor Company will look to Ballew to further enhance the quality of a consumers drive and experience with the company in the future.. As of January 5, 2015, Ballew will report to Bob Shanks in his new role, which entails leading Ford’s data and analytic efforts both state and world wide. Ballew and his new team will work together in integrating all of Ford’s analytics, research, standards, processes, partner engagement and tools as the company looks to implement its Blueprint for Mobility and One Ford plans for profitable growth.

Ford President and CEO Mark Fields, spoke to Ford’s commitment to improving peoples lives through making a concerted effort towards understanding their customers. By utilizing analytics and data to encourage how Ford connects its innovations, the company can continue to drive the market and their own business in technological advances that make a customers life easier.  Ford has worked on creating better investments and producing intensive research into analytics and data science to continue its consistently growing technology. Ford’s ultimate goal is to be able to anticipate what a customer most wants when considering a new vehicle. Mark Fields mentioned that Ford has been collecting massive amounts of data from vehicles and customers for years, and is looking for a better way to utilize the information they receive to benefit the customers who willingly share that data.

Ballew is adding to Ford’s award-winning analytics team, which was awarded the INFORMS prize; a prestigious award from the Institute for Operations Research and the Management Sciences. The award is given for those who best utilize predictive analytics and data to improve a  company’s operations and performance.

Paul Ballew’s history and experience include twenty years in the auto and business industry in various roles; primarily in senior executive positions. In those roles, including time at the Federal Reserve, General Motors and J.D. Power, he has worked to research and analyze consumer data. During Ballew’s time at Nationwide Insurance, he built the first analytics organization in financial services, which transformed the way the company handled customer service across the country. Paul Ballew’s most recent position was as global chief data, insights and analytics officer at Dun and Bradstreet since January of 2011.