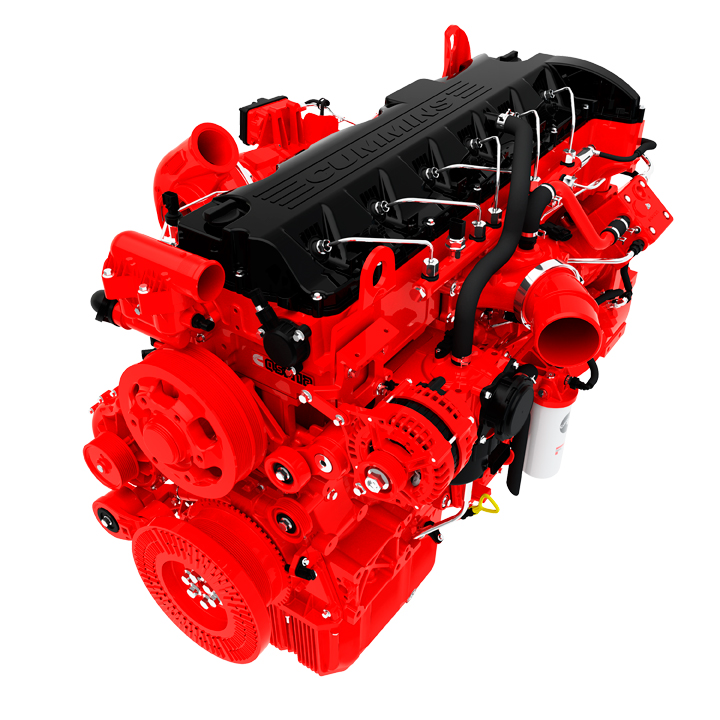 Back in the late 1970s, Chrysler was the only one of the big three automakers that did not have a diesel engine in their model lineup.  In 1978, General Motors was the first to offer a diesel and their Oldsmobile 350 Diesel was an existing V8 design that they retooled for diesel use. Ford followed in the early eighties with a 6.9L V-8 diesel that they bought from International Harvester.  Both of these engines were normally-aspirated and offered power similar to the gasoline powered version engine they offered. Then Chrysler jumped in.

Chrysler sourced their first diesel from Mitsubishi in 1981. It was a 4.0 liter, in-line six diesel and was thrifty and reliable.  However, at 105 hp and a dismal 169 lb-ft of torque, it was considered relatively underpowered.  Yet, the diesel engine proved popular enough that the company realized that needed a diesel permanently in their lineup, just a much more powerful one.

The solution to the problem came in the form of the Cummins B-series 6 cylinder engine. Cummins was a natural.  They had a stellar name in the commercial equipment business and their engines were rock-solid.  The timing was perfect too.  In the mid 1980s, Chrysler was in the midst of retooling the truck line and Cummins was aggressively marketing their new medium-duty diesel engine line. It was a match made in heaven and in 1989, the Cummins B-series engine first appeared in the Chrysler’s new RAM pickup line. The sales result? The Fords and Chevys never had a chance.  The RAM trucks with Cummins engines were a huge hit and sales were simply off the charts.

The history of the Chrysler-Cummings relationship continues today.  With a specification that would seem inconceivable just a few years ago, the 2015 RAM HD trucks will offer the latest generation 6.7-liter Cummins Turbo Diesel with an Aisin six-speed automatic. The specs? 385 hp and a mind-blowing 850 lb-ft of torque. The idea that we would be approaching the 1000-lb-ft mark in a standard factory-supplied diesel pickup is hard to believe, but we’re just probably only a few years away from it now.