Kids love cartoon movies – they are fun, they have cute characters and they show the world around, although sometimes in an unrealistic way. Every cartoon movie has some characters inside that become child favorites. This is a good opportunity to make your Android app rather popular, especially if it combines all favorite cartoon movie characters. So here’s one such app that does exactly that and it is called Formula Cartoon All-Stars.

A quick look at the name of the game will reveal that this is a racing game. It is more than that though – designed for small children, it has most popular cartoon movie characters competing for racing wins. We doubt that the game will appeal to teenagers and older people but it is a perfect app for small children. Offering 3D graphics, Formula Cartoon All-Stars is a beautiful and colorful game. You can choose the type of competition you want and then you can customize your racing vehicle. Once done you will be taken to the track where you have to compete. The user interface has been made as simple as possible – just by touching the display of your Android device, you make your vehicle accelerate and by moving your finger you make the car turn. There are various power-ups on the road that you must go through in order to get and they vary. Thus you can have a power-up that accelerates your vehicle even more but there are others that allow you to freeze an opponent. The goal is simple – cross the finish line first! All this gameplay is complemented by nice music and graphics.

All in all, Formula Cartoon All-Stars is a really nice game. It is definitely for small children but grown-ups can enjoy it too, given you still carry a child inside them. Best of all – Formula Cartoon All-Stars is free. You should know something, though – this is a really large game and at nearly 100 MB in size, it needs a stable connection to the Internet to be downloaded and installed.

You can take a look at Formula Cartoon All-Stars here on Google Play. 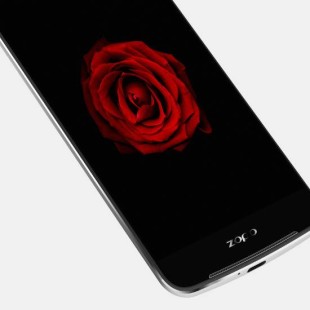 The smartphone manufacturer ZOPO has presented a new and rather interesting smartphone at MWC 2016 in Barcelona, Spain. The new device is called Speed 8 and carries the title of the world’s first 10-core smartphone. We have a very serious reason to believe that this is the case for real. The...

Here’s something new and really nice from Nikon – a tiny-sized digital camera that can fit in any pocket or purse – please meet the Nikon Coolpix S01. The new camera measures just 51.2 x 77 x 17.2 mm and weighs 96 grams which makes it far smaller than any traditional digital...