Fortress Fury is a nice strategy and action-oriented game that we stumbled across during our Google Play explorations. The game offers unique gameplay so we decided it deserves a few words.

The game lets players construct a fortress by using different materials such as stone, wood and others that you will see later in the game. Each fortress has a core that you must defend at all costs, because when destroyed your fortress explodes and you lose the battle. Then you also have weapons such as catapults to defend your fortress against enemies. When you design and build your fortress and place your weapons, you can start a battle against an opponent and if you are good enough, you will win.

The really nice thing inside this game is that it offers complete freedom when designing fortresses. This is a world where physics does not play a serious role. Moreover the game allows you to craft sturdier materials and better weapons to use against stronger opponents. All this adds to the game and brings an unmatched replay value. In addition Fortress Fury brings a solution to an annoying issue when you play Android games – since in most cases you use your finger to move objects you do not see what happens under your finger. Well, Fortress Fury has a solution – when you drag an object for your fortress a small window in the upper left corner shows what happens under your finger in real time! This is a great solution to this problem and congrats to the developers for implementing it in the game.

We should say a few words on the graphics and sound – Fortress Fury offers 2D graphics only but the graphics are very detailed and we have no complaints here. The sound in the game is also very nice – you can feel the upcoming action since there are some war-like tones there. Great job!

Fortress Fury is a great game that has some new ideas, not seen before. The app has flexibility, action, a great replay value and even the chance to play online against real people. What’s even better is that the game is free. What’s to lose then?

It has been nearly three years since the launch of Office 2013 so it is time for a new version. In fact this is exactly what Microsoft has presented yesterday – the famous US software company has released Office 2016 into this world. The new version of Office, codenamed Office 16, looks... 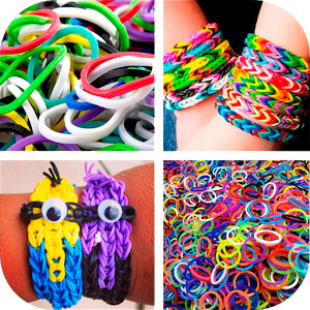 There are many apps on Google Play - games, image editors, apps that do nothing and more. We thought we had seen almost everything on this online store but we were mistaken – there’s an Android app that is called Rubber Bands Designs and it did surprise us in a way we never thought...