Unlike Sheep Happens Gemmy Lands is a game that shows right in the title what it is all about. Just look at the avatar and you will see that this is another matching game.

The game, however, brings new moments to the matching genre. We will start with the graphics – Gemmy Lands offers nice and colorful graphics that looks like 3D although we are not entirely sure. It seems that the graphics are a mixture of the two modes – 2D and 3D with some elements being three-dimensional. In addition when you combine four or more elements of the same kind you get a new one that is more powerful. This time, however, you don’t need to combine the more powerful item once again in order to use it – just tap on it and it will explode, eliminating most other items around. This is something nice that eases the gameplay.

Apart from this the game does not bring many new features – you have numerous levels to complete, an in-game store for real-money items, the same matching rules (combine at least three items to eliminate them), three golden stars to get, a limited number of moves, several time-limited levels and that’s about it. Even then Gemmy Lands is a nice game for fans of the genre who want to try more of the same under different wraps. In fact we believe that this is the target group of this game – people bored of their current matching game. We have said it before – if you are fed up with matching games, then Gemmy Lands is not for you; if not – try this one – you will not be disappointed. 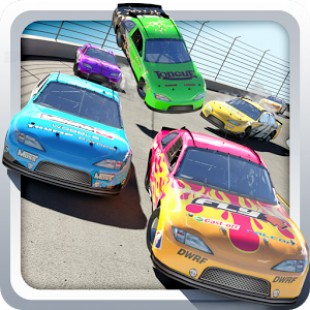 Daytona Rush is a game that will appeal best to fans of the Daytona races as the name of the app suggests. It will take you to the world of Daytona racing so that you can feel what it is to be a driver of a fast car. The game is a simple one, though, so do not expect too much. You start with...

The Taiwanese hardware maker Acer has presented two new budget-oriented smartphones – the Liquid E1 and the Liquid Z2. The Liquid E1 smartphone comes with a 1 GHz dual-core processor, 1 GB of RAM, 4 GB of internal storage and a 4.5-inch display at 960 x 540 pixels. The smartphone...

This device will come handy for those who want to run multiple monitors on their laptops or desktop PCs, without the need to buy a video card with at least two monitor outputs. The USB display adapter supports up to 6 additional displays simultaneously and up to 2048x1152 resolution, allowing...