Glow Burst is an interesting new addition to Google Play. The game has less than 50 thousand downloads but the gameplay and the idea behind it might bring this app success in the long run.

It is easy to learn how to play this game. Glow Burst takes you to a grid where you can see numbers in circles that are floating around. You have to pop the circles in the right order, which is usually from the lowest number to the highest. After the first few stages things become somewhat harder – you have to finish the same task within a predefined time period. Sooner or later you will fail and everything ends but as you know you can start anew.

Graphics-wise the game offers an interesting idea again – everything is in 2D only and the background is black so that the circles and the numbers can be easily seen and and they do “glow”. The circles are also very colorful and nicely looking and as a result the game looks great.

Glow Burst is an interesting game that offers a bright new idea and that’s why we think that the app will have a great future. The game is not boring and offers something new on Google Play that we haven’t seen before. This alone will keep you playing it – at least for a while. 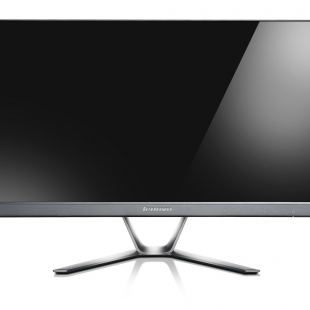 The Chinese maker of computer hardware Lenovo has presented a new 28-inch monitor that works at Ultra HD resolution (3840 x 2160 pixels). The new device carries the LI2821 brand name and offers a number of connectivity options that include DisplayPort, HDMI, HDMI/MHL, D-Sub and three integrated...

Blizzard Entertainment has brutally cut sales prices of its World of Warcraft games in a bid to increase the popularity of the game and attract new players to it just a month before the massive release of the next WoW installment – Mists of Pandaria. From now on until August 27...

Samsung America introduces two new HDTV monitors, the 933HD+ and 2333HD. Both monitors have a glossy black finish features a rounded bottom edge with matching crystal-like acrylic bar, including a digital TV tuner with an optional cable or satellite connection and integrated stereo...