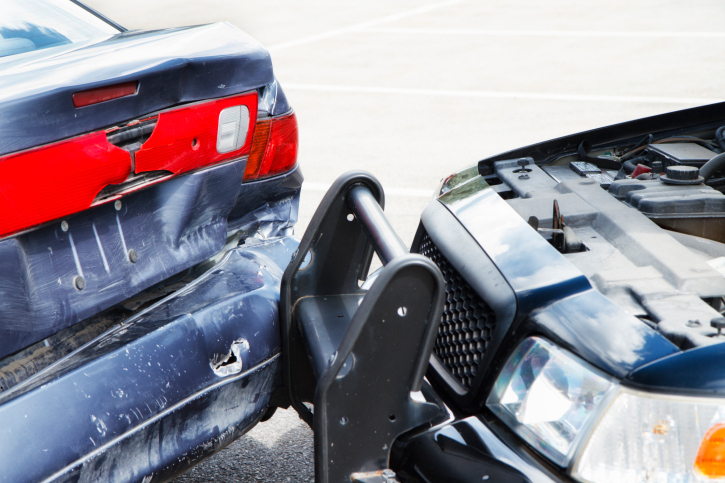 You have seen those commercials with automobiles slamming into walls with crash-test dummies launching into airbags.  In most cases, those are real tests that the manufacturers perform on their cars for safety rating purposes.
As Urse Dodge, Chrysler, Jeep, Ram of Fairmont tells us, all automobiles sold in the United States have to pass some Federal Motor Vehicle Safety Standard (FMVSS) tests as the National Highway Traffic Safety Administration (NHTSA) mandates. In addition, NHTSA’s New Car Assessment Program (NCAP) provides relative safety rankings on a five-star scale. Another crash safety program is carried out by the Insurance Institute for Highway Safety (IIHS). Here are the tests that every vehicle is subjected to:
FMVSS 301

Although the FMVSS 301 test is not an occupant-safety test, FMVSS 301 ensures that fuel systems won’t spring big leaks during an accident. Observations are made after the FMVSS 208 and 214 tests. A vehicle can’t leak more than one ounce of fuel per minute either resting on its wheels, its roof or its side with its gas tank 93-percent full. For hybrids and EVs, the leak test also applies to electrolyte spillage.

Now, the FMVSS 208 is the original crash test. It’s been performed since 1968 but has undergone many changes since that time. Nowadays it is a straight-on, full-width, frontal impact test at speeds up to 30 mph. The FMVSS 208 is done with many sizes of unbelted dummies. The NCAP’s version of the test is conducted at 35 mph with belted dummies.

The Insurance Institute for Highway Safety conducts a very interesting test called the Small-Overlap Frontal Impact test.  This test is a bit more realistic than the FMVSS 208 test because rarely are front impacts distributed across the whole front of a car. The test is conducted at 40 mph and the vehicle hits a rigid wall contacting 25% of its front end.

Because of the angle the test is done at, cars usually rotate during impact. In the first group test last summer, some dummies missed the front and side airbags, striking the car’s A-pillar.

Similar to the Small-Overlap Frontal Impact test above, at 40 mph, the vehicle strikes a barrier that overlaps 40 percent of its nose. That contact area is covered with a deformable aluminum honeycomb to simulate crashes into objects that slightly deform during impact. When the test was instituted in 1995, vehicles scored poorly. Car makers made better the results by reinforcing the passenger compartment and providing two sturdy load paths through the engine’s compartment.

In NHTSA’s FMVSS 216 and IIHS test, a flat plate pushes down on the vehicle’s roof’s edge which may deflect no more than five inches under a force of three times the vehicle weight. The roof crush magnitude may exceed five inches if “sufficient” headroom remains for a 5-foot 9-inch passenger or driver. As the new NHTSA standard phases in, expect thicker roof pillars and greater use of high-strength steel.

Now you know how all these tests work!