There’s no doubt that the game is all about killing time and it does a perfect job here. Basically this simple app is all about breaking ice cubes. The gameplay comes to this – there are two guys that stand next to each other and a number of cubes on top of their heads. You have to make them jump to break the ice cubes and at the same time to avoid the black and unbreakable iron cubes. The goal here in the game is to smash as many ice cubes as you can before the time that you have runs out, which will eventually happen so the idea here is to beat your own record.

Being a simple app, INFINITE SMASH: break block comes with simple 2D graphics and simple music effects but we will have to live with what we have. No, the graphics and sound effects are not bad but they could have been better.

After Halo:Reach exclusive wireless controller,  now it's time for another one, but this time for other of Microsoft major franchises - the Fable III. The new Fable III Limited Edition Wireless Controller will start shipping on October 5th for $59.99. Fable III is the latest game in the Fable... 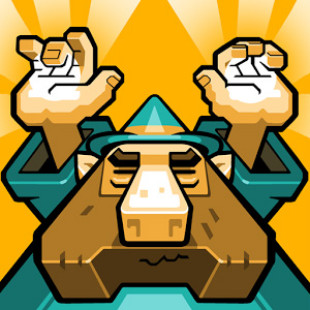 NEC has proudly introduced to this world what may be the world’s lightest ultrabook. The VersaPro UltraLite VG is NEC’s latest ultrabook offering and being the lightest ultrabook ever seen the device comes in a 14.9 mm thick chassis made of a lithium-magnesium alloy for a total weight of just...