One of the 3D technology leaders, Panasonic, announced today that the first digital interchangeable twin-lens in the world (as claimed by Panasonic), is under development. This will allow high-quality 3D shooting possible with an interchangeable lens system camera.

The new twin-lens are planned to be released by Panasonic this year.

“This year will be remembered as the ‘First Year of 3D Era’ and Panasonic has already taken the lead by launching 3D-capable VIERA™ televisions and Blu-ray™ 3D Disc Players,” said Darin Pepple, Senior Product Manager, Imaging, Panasonic Consumer Electronics Company. “With Panasonic’s development of a twin-lens capable of 3D shooting, the company is providing consumers with a way to capture their own 3D content, which they can then enjoy watching in the comforts of their own home.  Panasonic is dedicated to evolving the 3D ecosystem, letting consumers create and display lifelike 3D images in their homes.”

3D Shooting with an interchangeable lens system is possible, but only by using two combined lenses and two CCDs, which is not effective, because of the difficulties while capturing objects that are moving.

The new lens for the LUMIX G Micro System by Panasonic will feature two optical systems, placed within the diameter of the lens mount. This will allow stereo images from the left and right lenses to be created, after which they are going to be processed with a 3D image processing system. It will also allow 3D shooting in high-quality without distortion. 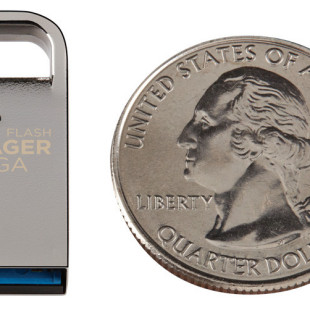 The famous manufacturer of computer memory and various computer components Corsair has announced the new ultra-compact and low-profile Flash Voyager Vega USB 3.0 flash drive. The new flash drive strikes with its dimensions – it is less than 5 mm thin and 24 mm long and these dimensions include...

Hay Day is fun for everyone

Farm games have gained a lot of popularity in the past few years due to addictive gameplay, nice graphics, cute animals and the time management feature that they all include. Nowadays they can be found on your PC, online and even on mobile devices spreading fun everywhere all the time...