Into the Dead is a game that deals with zombies and this is clear right from the start. But is this another boring zombie game?

Actually no – Into the Dead is one of the most interesting and fun zombie games we have played in a while! This free Android app takes you to a world overrun by zombies and your only goal here is to survive for as long as possible. You will eventually die, and this is for sure but how long can you survive? The gameplay is simple – you run all the time and there’s no need for you to press a button in order to run – the game does this automatically for you. All you have to do is find your way around zombies that are trying to get you and make it as far as possible. A simple mistake here might mean your virtual death and if this happens then you will have to start anew. After you earn some experience dodging zombies (and dying for that matter) you will earn the right to use power-ups that include firearms, a companion in the form of a large dog, more bullets in the ammo clips, more supplies on your way and even something called Head Start that allows you to start 1500 meters from the original start point thus giving you extra distance for free.

Into the Dead also comes with some of the best graphics we have seen in this genre for quite some time. The game creates a dark and hopeless atmosphere and in addition you get to play in a 3D world seen from a first person perspective. In addition to this everything is dark and the overall feeling is that everything has been lost. Maybe only Limbo creates such a hopeless atmosphere so this makes Into the Dead a great game in this field.

Into the Dead is a great game since it is simple enough, yet it comes with addictive gameplay and some of the best visuals we have seen in this genre in quite a while. In addition to this the game creates an exceptional atmosphere that can drive some unstable people to suicide – this is how good the game is. The only thing is that the app is not suitable for children but apart from this Into the Dead is a game that is more than great!

Into the Dead is here on Google Play.

Sony Computer Entertainment Europe (SCEE) has confirmed another major addition to the content line-up for the launch of Digital Comics. Alongside the extensive line up of content available, including comics from publishers such as Marvel, IDW and Rebellion, is the arrival of Disney, offering...

Yestarday at the Game Developers Conference, Razer, the world’s leading manufacturer of high-end precision gaming and lifestyle peripherals, announced an effort to increase support for Mac users by issuing driver support for all upcoming Razer products, including the Razer StarCraft® II... 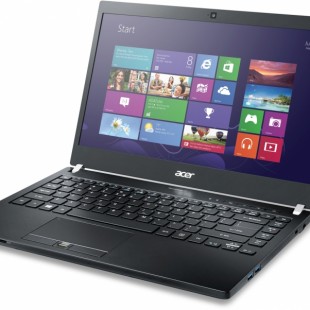 Acer is mostly known for making budget-oriented notebooks but the acclaimed Taiwanese company also makes business laptops like last year’s TravelMate P654. This portable computer debuted back in August 2014 and offered nice tech specs but with a few flaws here and there which positioned it right...