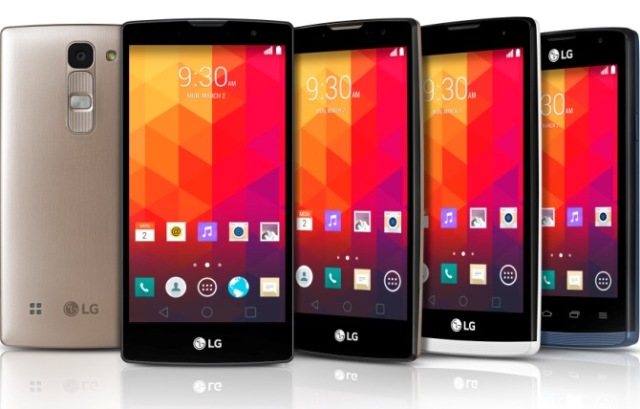 MWC, the Mobile World Congress – one of the largest events of the mobile phone industry – is set to start in just a few days, on the 2nd of March. Many of the event’s attendees – the largest mobile phone manufacturers of the industry – are set to release several of their latest models at the event. Samsung, for example, traditionally launches its flagship models at the MWC.

LG, in turn, has presented its latest flagship phones at the CES 2015, one of the biggest electronics shows of the world. A good choice, as all the world had its eyes on the event. But the manufacturer still has some things up its sleeve, perfect for a dedicated mobile industry event – four new, budget smartphone models that it plans to unveil at the MWC 2015. The three models are LG Magna, LG Spirit, LG Leon, and LG Joy.

The LG Magna and LG Spirit devices will be at the higher end of the mid-range. They will both have slightly curved screens – not as prominent as the G Flex 2, but still – and rounded backs for a better grip. This is not customary for LG, such things only showed up at higher rated handsets until now. Both models will have in-cell touch displays, also something that was reserved to the premium models of the manufacturer until today. The technology combines the LCD screen and the touch sensor, making the handset thinner and more sensitive to touch.

The Magna and the Spirit will have similar hardware under their hood, with a 1.2 or 1.3 GHz quad-core CPU (no more choppy animations when playing Online Slots at Royal Vegas Canada), and both will have an 8 megapixel back camera paired with a 5 megapixel front camera for great selfies. The one major difference between the two models will be their screen size: 5.0″ and 4.7″ respectively.

The two other models LG is set to reveal at the MWC 2015, LG Leon and LG Joy, will have a weaker configuration compared to their bigger brothers, and their screens will also be smaller. Leon will come with a 4.5″ display, while Joy, the smallest in the group, will have a 4″ screen. All new LG budget models – except for Joy, the lowest-end of them all – will run Android 5.0 Lollipop.

LG is said to initiate a limited release for these four models on the Brazilian market before the end of this month, followed by an official worldwide release after the MWC 2015. The manufacturer will use the same occasion to launch its new smart watch model, the LG Watch Urbane.

The Mobile World Congress (MWC) will start on the 2nd of March in Barcelona, Spain.