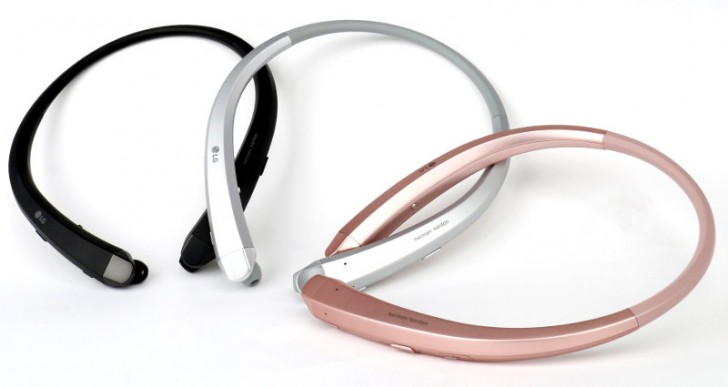 CES 2016 will definitely be one of the hottest hi-tech shows in 2016 and many companies will show their latest and greatest hardware with LG being one of them. While most of what LG will show remains hidden the company will demonstrate a new headset, called Tone+ or Tone Plus for sure, which will please music fans.

The upcoming LG Tone Plus is a Bluetooth headset that will come with a sleek and lightweight design. Developed along with Harman Kardon, the headset will produce very high quality sound thanks to the so-called Advanced Quad Layer diaphragm, which offers rich bass and clear treble compared to single-layer diaphragm. The Tone Plus will also have dial microphones for accurate voice capture and better audio quality in noisy environments by blocking ambient noise. In addition to all this the LG Tone Plus will be able to read SMS or messages from SNS with a press of a button. The device also allows users to activate an alarm on your phone from the headset when both are connected.

The LG Tone Plus, which will be demonstrated for the first time at CES 2016, will come in black, white and pink colors. The device will be in stores in the USA, Europe, Latin America and Asia in February 2016. Of course, you will also be able to purchase it in South Korea. The price of the handset is still unclear, though.