Merged! happens to be the second puzzle game we will be reviewing today but this is what the New and Updated Games section of Google Play has in store for us today. Unlike Logic Dots, which wants you do discover the locations of the dots you will get, in Merged! you will have to place blocks with different colors and numbers in such a way as to eliminate them.

Merged! will start with a short tutorial, after which you are on your own. The app will present you with a grid on which you will place the blocks with numbers that you will get to see. The blocks themselves strongly resemble regular dice used for playing other games but in this case they have colors. So in a few words you will have to match blocks with the same color and number on them – match at least three to eliminate them and create a single block with a number that is one higher. For example – if you match three blocks with the number 3 on them, you will create a new block with the same color and the number 4 on it. When you match three blocks with 6 on them you will create a single block with the letter M on it; create three Ms and they will explode eliminating everything within the explosion. Sometimes along with ordinary blocks that you will get just like in Tetris, you will also get an M block, which is helpful. The game ends when the grid is all full and you cannot eliminate any blocks.

Needless to say Merged! is a game that comes with 2D visuals only and simple sound effects but nothing more should be expected from such a game. This pays off, however – the game has low hardware requirements and weighs just around 28 MB so you should be able to download it quickly.

Merged! is for all the people who like puzzle games and this free Android app does deliver where and when it should. Although there are no visual effects in the game, Merged! offers great gameplay so the hours of fun are guaranteed!

Merged! is here on Google Play.

Crosley Radio introduced the Crosley Revolution new Battery Powered USB Portable Two-Speed Turntable. The handheld USB portable device features 33 1/3 and 45 RPM records support and an integrated wireless transmitter, thanks to which users will be able to stream music to any FM Radio. The... 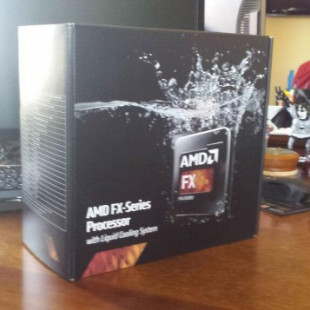 The AMD FX architecture was far from successful from day one competing almost on equal terms with older AMD architectures and losing badly to more advanced chips from Intel. This of course did not stop AMD from presenting faster and faster FX models until the company launched the FX-9370 and...

LG Electronics has presented in Korea its latest 3D monitor which offers glasses-free 3D content by utilizing eye-tracking technology for an optimal 3D image from a range of viewing angles. The 20-inch model called in Korea DX2000 or D2000 for the rest of the world,  has LED backlight panel...