When you look at NinJump you may think that this is another ninja game where you will have to dispose of numerous enemies. Well, this is not the case here.

NinJump is actually a simple arcade game where you will have to climb endless towers while trying to avoid animals that try to stop you in various ways. This is what the game is all about – as you can see here we are talking about a very simple game. The app has a simple menu and it even does not make you go through a tutorial to see how you can play it. As you can see the goal here is to make it as far as possible – eventually you will fail but you can start from the very beginning and there’s nothing wrong in this – you can use your new experience to make it even further than before.

As expected NinJump comes with simple 2D graphics but we should not expect anything else from this game. The same can be said about the sound. This is, after all, a fast-paced game so visuals and sound are not that needed.

Well, let’s sum it up – NinJump is a casual arcade game that can help you kill time. It has nice gameplay as well as nice visual and sound effects but this is not a serious game with a bigger goal or numerous levels like many other games on Google Play. In any case, however, NinJump has the potential to bring you fun and this is what matters the most.

NinJump is here on Google Play. 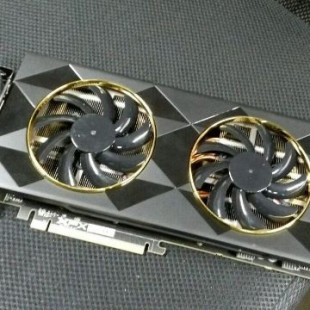 One of the things that we know that will happen for sure this year is the release of AMD’s third generation Radeon graphics cards. As usual the top models will be the most exciting ones since they will come with HBM memory, advanced cooling solutions and tons of new features. The new models are...

PC gaming audio specialist Psyko Audio Lab introduced its latest headset innovation in the name of Psyko Carbon gaming headset which they say will deliver "the most precise directional audio soundscape in gaming." The headphones utilizes the company's PsykoWave technology and unlike other...