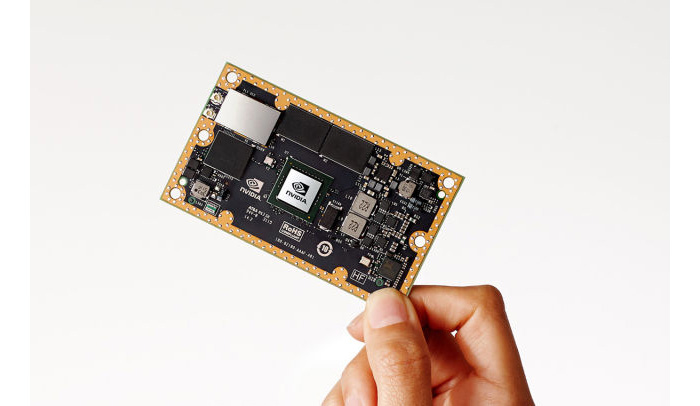 NVIDIA has announced one more product along with the debut of the Tesla M40 and M4 server video cards – the Jetson TX1 module. The device has been designed to harness the power of machine learning to enable a new generation of smart, autonomous machines that can learn. The main idea behind is to make it possible to have a new wave of millions of smart devices that can offer new functionality, never seen before.

Jetson TX1 is the first embedded computer designed to process deep neural networks – computer software that can learn to recognize objects or interpret information. This new approach to program computers is called machine learning and can be used to perform complex tasks such as recognizing images, processing conversational speech, or analyzing a room full of furniture and finding a path to navigate across it. Machine learning is a groundbreaking technology that will give autonomous devices a giant leap in capability.

“Jetson TX1 will enable a new generation of incredibly capable autonomous devices,” said Deepu Talla, vice president and general manager of the Tegra business at NVIDIA. “They will navigate on their own, recognize objects and faces, and become increasingly intelligent through machine learning. It will enable developers to create industry-changing products.”

NVIDIA’s Jetson TX1 features a 256-core Maxwell-based GPU with 1 TFLOPS of performance, 64-bit ARM Cortex-A57 CPUs, 4 GB of LPDDR4 memory that provides 25.6 GB/sec of memory bandwidth, 16 GB of eMMC storage space, 1 GB Ethernet connectivity as well as support for 4K video encoding and decoding and 1400 MP/sec cameras. The device is 802.11ac 2×2 Wi-Fi/Bluetooth ready and has support for Linux for Tegra. Despite its impressive specs Jetson TX1 measures 50 x 87 mm, making it a bit smaller than a credit card.

The new NVIDIA Jetson TX1 can also be built into a Developer Kit that enables hobbyists and professionals to develop and test highly advanced autonomous devices. This makes it easy to transition from development to manufacturing and production. The Jetson TX1 Development Kit combo can now be ordered for USD 599 in the USA, while the Jetson TX1 will be available in early 2016 for USD 299 (in quantities of 1000 or more).