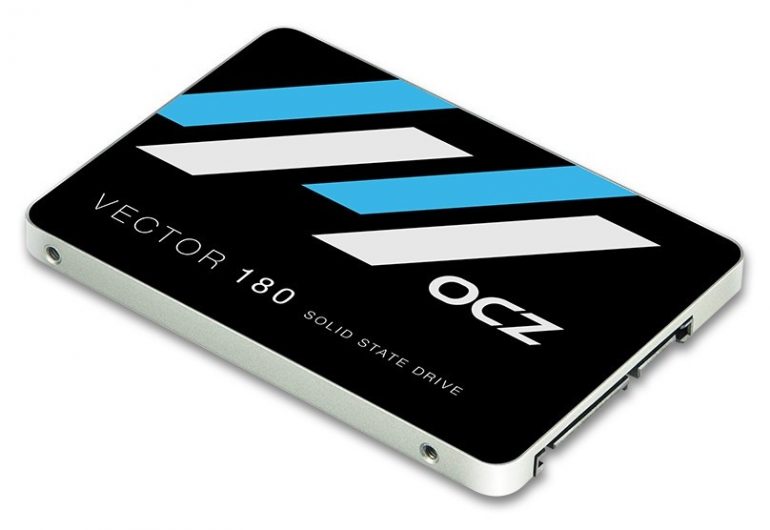 The new Vector 180 SSD line is designed for hardcore gamers and people who work with large amounts of data. To meet their demands the new SSDs include OCZ’s own powerful Barefoot 3 memory controller and 19 nm MLC NAND flash memory from Toshiba. In addition the drives feature the new Power Failure Management Plus (PFM+) advanced reliability protection feature. As the name of the feature hints, it helps protect the data on a Vector 180 SSD in case of a sudden power loss.

Now a few words about capacities and performance – the Vector 180 line includes four models with capacities of 120 GB, 240 GB, 480 GB and 960 GB. These models reach up to 550 MB/sec of read/write speed and up to 100 000 IOPS. In case of failure the drives are protected by OCZ’s ShieldPlus warranty. Furthermore the drives come with USD 55 worth of accessories including Acronis True Image drive cloning software and a 3.5-inch desktop adapter for fast and easy upgrading.

As to SSD Guru – this software provides control of maintenance, monitoring, SSD tuning, OS optimization and more via a user-friendly graphical user interface. The software includes several integrated modules such as SSD Tuner, an overview dashboard, OS Tuner and more. In addition SSD Guru includes a feature called Save Support Package that allows a user to save and send a file with all relevant technical information to OCZ’s support department for faster and better troubleshooting. SSD Guru will also be available for all OCZ Barefoot 3-based SATA SSDs and for the PCI-E RevoDrive 350 model.

Windows 8 may come sooner than expected

No word on how much the new Vector 180 SSDs cost as of now.