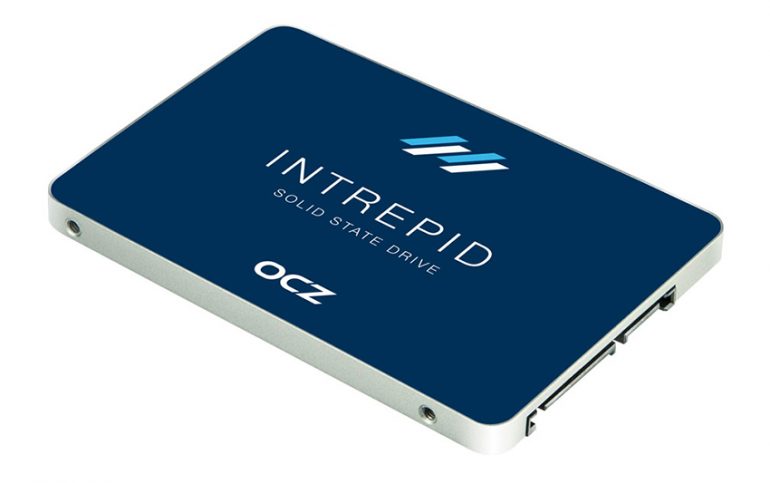 Days after launching the new high-end Vector 180 line of SSDs, OCZ has unveiled the Intrepid 3700 line of solid-state drives. The new OCZ SSDs are designed for use in small-sized servers, tablets and notebooks and in corporate environments.

The Intrepid 3700 SSDs come in the rather popular 2.5-inch form factor and feature capacities of 240 GB, 480 GB, 960 GB and 1920 GB. The drives support SATA 3.0 and include 19 nm NAND flash memory by Toshiba as well as the Indilinx Everest 2 memory controller. The tech specs list also mentions the speed of the drives – they reach 540 MB/sec of sequential read speed and 470 MB/sec of sequential write speed. 4K random read speed is 91 000 IOPS, while 4K random write is 13 000 IOPS. The drives also support AES-256 hardware encryption, S.M.A.R.T. and ECC and come with internal RAID for better data security. In addition there’s a 5-year warranty for all drives too.

The full price list has not been announced just yet but we do know that the 240 GB model will sell for USD 245.