Punch Quest is an old-school arcade game that is full of fist action. But does it have what it takes to keep your attention?

We would say yes. First, Punch Quest is a small-sized game and at around 18 MB in size it will not take long for it to download and install on your Android device. In addition to this the game is simple – you play as an unnamed hero that has to defeat numberless enemies inside a dungeon. The app is a simple fighting game where you can do three things – jump, punch and block enemy attacks and believe us – you will have to do this a lot since you will get to encounter skeletons, ghosts, evil wizards, spirits and more. All you have to do is block at the right time and then retaliate with everything that you have. Let’s face it – eventually you will die but you can always start again and be better than ever since you will have gained valuable experience.

Punch Quest comes with really simple 1990s-like graphics that look very pixilated but there’s nothing that can be done. On the other hand there’s nothing wrong with the visuals since this is an arcade game and it is made to look and feel like a 1990s game. The sound in the game is also decent and arcade-like and we have no complaints here.

Punch Quest is definitely a fun game that will take you 20 years back in time. The game does not require a lot of thinking – just be quick with your fists and you will be fine. The app comes with simple but addictive gameplay, nice sound effects and nice visuals and it has everything to become your time-killing game. All in all we liked Punch Quest and we think you will too especially if you are into such games. 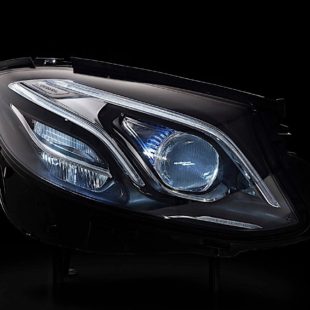 The story of illumination: what were the challenges for manufacturers throughout the years?

The History of Car Headlights Why don’t you sit down (if you’re not already sitting) and enjoy this outlined history of how modern-day headlights have come to be! 1880s - Acetylene Lamps The earliest headlight technology made use of a flame, specifically a gas lantern with a reflecting...

Nikon has announced the D3x, its latest high-resultion professional DSLR. Sporting an imaging sensor with double the resolution of the popular D3, the 24.5 megapixel D3x includes similar features such as a 3.0", 920,000 dot LCD monitor with Live View, 51-point autofocus, EXPEED image processing...

LG showcased its Film Patterned Retarder (FPR, polarized glasses type) 3D glasses at  the 2011 Consumer Electronics Show. The new FPR 3D glasses include circular polarized lens technology that promises an incredible and better quality of 3D TV and is expected to popularize mainstream use of 3D...