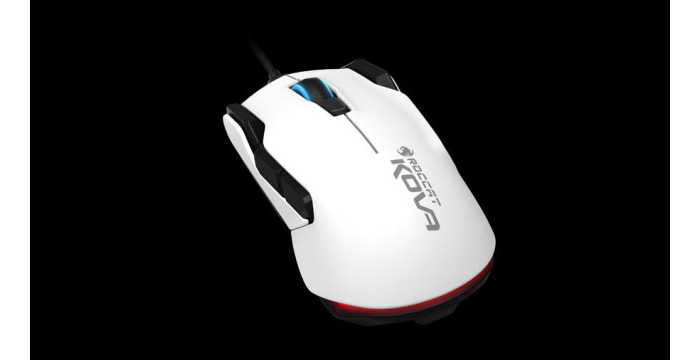 The folks over at Roccat have decided to treat gamers with a new gaming mouse for the winter season when people have more time to play games. They have unveiled an entirely new Kova gaming mouse that acts as a direct successor to the popular Kova+ gaming mouse, which was released back in year 2010.

The new Kova gaming mouse offers an ambidextrous design that is suitable for both right-handed and left-handed people and has a more advanced Pro-Optic R6 optical sensor that allows it to operate at 3500 dpi natively. The new Kova also has something called “Overdrive mode” – when enabled this mode of operation takes advantage of the Turbo Core V2 32-bit ARM-based processor at 72 MHz inside and artificially boosts the sensitivity of the mouse to 7000 dpi. In addition the Kova has two programmable buttons on each side of the mouse and LED lights that can be configured to your preference.

The new Roccat Kova mouse will be on the market on November 17. The mouse will sell for EUR 59.99 in Europe. No word on US pricing as of now.

Introducing HomeKit: Helping you to build a smart Home