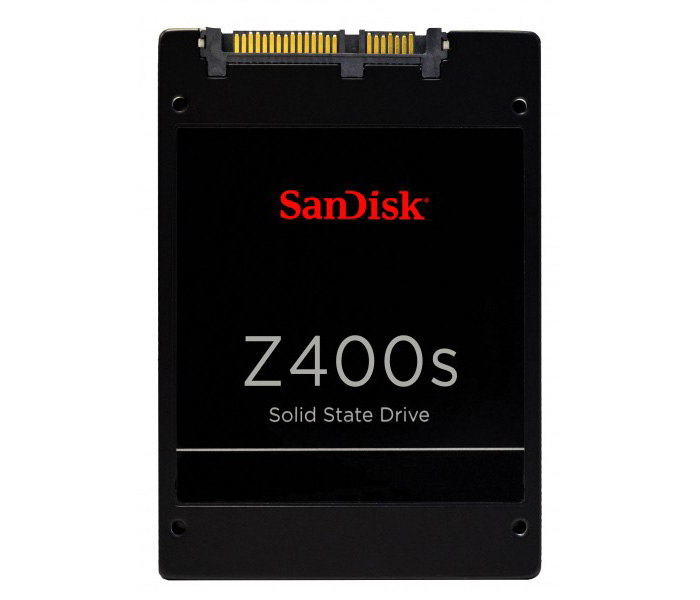 In the past few decades new tech developments have always replaced their predecessors almost completely with time. This was the case with vinyl music records, replaced by the tape; then the tape was replaced by CDs, which were then replaced by MP3s. The same thing happened with computer monitors – we once had black-and-white monitors, then we had color ones and finally we got rid of the CRT technology behind them and started using LCD displays. Just look around you – will you find a single CRT monitor? Highly unlikely…

Yet in the past few years this phenomenon has started to fade. Look at computers – despite the existence of very fast, small-sized, cool and reliable solid-state drives, mechanical hard drives persist and they seem as if they are here to stay. We don’t know about other companies but SanDisk is unhappy with this situation and that’s why the company has launched the Z400s low cost SSD line, whose main goal is to finally beat hard drives and send them into history.

Will this happen? We don’t know but the new SanDisk Z400s solid-state drive line definitely deserves a look. SanDisk promises the line will offer cheap SSDs to OEM manufacturers, which means that soon we will see budget-oriented computers with SSDs inside. SanDisk says that the Z400s solid-state drive line is a “cost effective solid-state drive (SSD) designed to replace hard-disk drives (HDDs) in computing platforms and embedded applications. PCs and embedded systems need consistent, reliable access to storage in order to meet business demands. The Z400s outperforms HDDs by 20x, while providing 5x the reliability with 20x lower average power consumption, all at a price point on par with HDDs”.

The problem with the new SanDisk Z400s line is that SanDisk has not announced the prices of the drives, although they are said to be low. The other piece of bad news is that the Z400s line will be sold to OEM manufacturers only, which means you will not be able to purchase these drives anywhere. This is definitely bad news but the thought of buying a budget PC with a SSD inside at a store near you is exciting, isn’t it?

Let’s face it – the Z400s will not be able to compete with other faster SSDs or even most modern hard drives, but the development and release of the SSD line is definitely a step in the right direction. Who knows – in a decade hard drives may be a thing of the past?