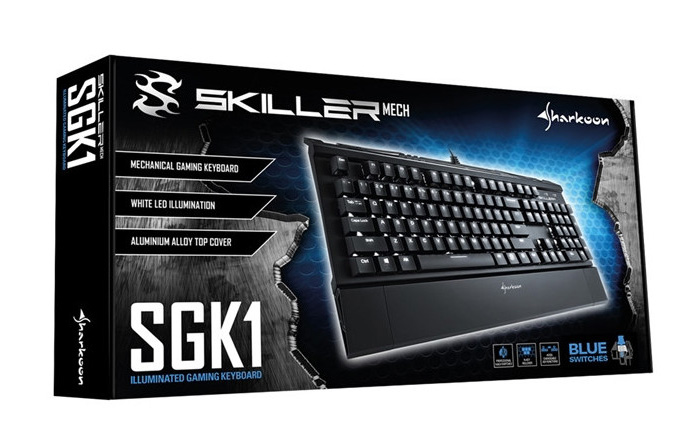 Sharkoon has expanded its lineup of Skiller gaming keyboards with the launch of one more such model called Skiller Mech SGK1. The new keyboard has been made to last – it comes with white background illumination, reinforced aluminum alloy surface and massive line management.