Sky Punks is another game that says a lot about itself right in the title. Well, you can see it for yourself – there will be some people who will be doing some wild things while in the air.

As you might be able to guess by now Sky Punks is a free game for Android that you can find on Google Play. We’ll start with the bad things here as there are some – the app is a large one at 144 MB so it might take some time before it gets downloaded to your Android device. Once this is done there’s more bad news – the game needs to download additional files off the Internet so you are in for some more time spent waiting. In addition it needs a constant connection to the Internet or it won’t run…let’s hope Sky Punks is any good…

Well, it turns out Sky Punks is just a regular runner game. The difference is that this time you are not running but flying by using a rather futuristic flying device. Apart from this the game does not offer anything new – you will have to avoid obstacles and collect golden coins by flying, going left and right and jumping. The more golden coins you collect, the better. Then after some time you finish a stage and a new one beings. This is what Sky Punks is all about.

You are probably not impressed but there’s one area where Sky Punks excels and this is graphics. The game comes with beautiful 3D graphics that are colorful and vibrant. You will enjoy it for sure. The sound in the game is also okay. 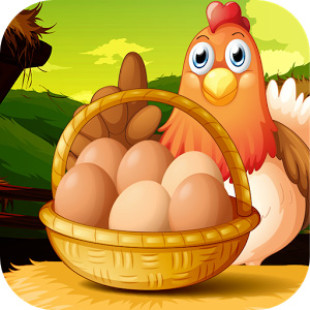 Egg Catcher is an addictive casual game that will help you kill time in the hot summer afternoons that are common during this time of the year. The game is very simple and it even does not have a tutorial. This is a problem because at first you will not know what to do. We will tell you –...

Verizon Wireless and Motorola, Inc. announced the Motorola Barrage™. This rugged device sports a tough-as-nails exterior. Designed to be submersible for up to 30 minutes in one meter of water, it is constructed from chrome, glass, mesh and rubber – protecting it against blowing rain, humidity...