Slashy Hero is a game that is just perfect for killing time. The game is not a large one and can be played right after it gets installed.

The game will take you to a fictitious mansion that is full of monsters, traps and ghosts so your task is to fight your way through and clear the place. This will not be easy since the monsters are numerous, there are traps everywhere and just like any living organism you can sustain harm and even die. So you will have to plan your attacks and be quick when fighting many enemies. The game helps you however – there are health potions, formed as hearts, and other awards that are in the form of candy. Playing the game is easy – just slide your finger in the direction where you want to take your character and it will follow. Slide your finger over the enemies and it will fight them. Slide your finger over awards and they are yours – it is as easy as this! As to the gameplay – it is addictive and fun since you never know what’s hidden in the next room and what awards you will get right behind the corner. In addition to this the game runs very well even on less powerful Android devices so you should not have problems running this game.

Visually Slashy Hero features 2D graphics but we cannot complain here since they are very good looking and nice. When it comes to the sound effects the picture is the same there. We should also mention that the game has a short tutorial inside that will show you how to play it so this is a nice feature as well.

Slashy Hero is a really nice game that will bring fun to you in no time. The game does not require much and offers addictive gameplay that depends on hack-and-slash actions, suspense, numerous enemies and awards that are there for the grabs. The app is perfect for killing time (and more) and will likely become one of your favorite games so try it now! 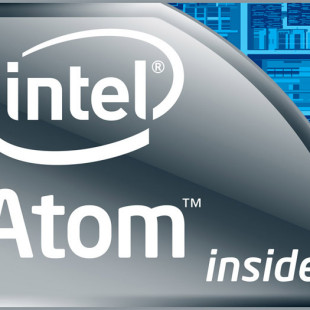 The Intel Atom Bay Trail-T processor family is not something new these days but there’s more to it – Intel has added two new models, whose specs have become officially listed. Here’s what you can expect. The two new models are known as Atom Z3735F and Z3735G and are identical to the already...

Nikon comes up with advanced Coolpix A camera

Nikon has created a new Cooplix addition – the advanced Coolpix A camera that has become the company’s first camera to pack a massive DX-format sensor. The Coolpix A is the home to a 16.2 MP APS-C CMOS sensor that is capable of capturing 12-bit and 14-bit RAW images and...

Ok, that's it, If you're still searching for appropriate multimedia card reader, his one could come in handy, 42-in-1 USB 3.0 high speed card reader. Team Group's new model dubbed TR1151 has colorful painting design and weighs only 80 grams.  It supports 42 specifications of memory cards...