Smove is one of the simplest Android arcade games that we have seen. The app requires pretty much nothing from you in terms of a learning curve and hardware power and weighing just 13 MB, it will be on your Android device in seconds.

Smove takes you to a virtual grid with nine cells and after a short tutorial that lasts seconds and that shows you how to play this extra simple game, you are good to go. The main idea behind is to command a white circle and collect blue squares with it. Each square brings you a single point. At the same time you have to avoid big black circles that go around you – if you collide with one, this is it! As you can see the goal here is to score as high as possible.

Smove features 2D graphics only and simple sound but in reality this is everything that you need. As to the gameplay – it is addictive but requires some dedication since the actions that you will be doing are repetitive for the most part. There’s action, though, since you will have to act quickly in order to survive – you don’t have any other chance.

Smove is a really nice game – it does not require a lot from you and it can bring you fun, action and emotions. In a few words this is a perfect time-killing game and it can’t be any other way. In addition, it is free!

Smove is right here on Google Play so download it and have some fun. 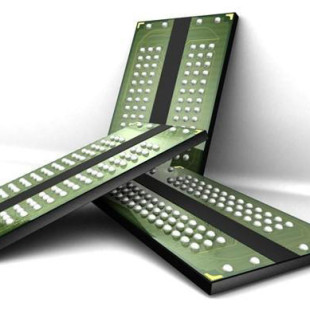 The JEDEC Solid State Technology Association, which manages memory standards, has published the specs of JESD232 Graphics Double Data Rate (GDDR5X) SGRAM. The specs are available now on JEDEC’s web site so anyone can freely download them. This act by JEDEC has shed light on the evolution of...