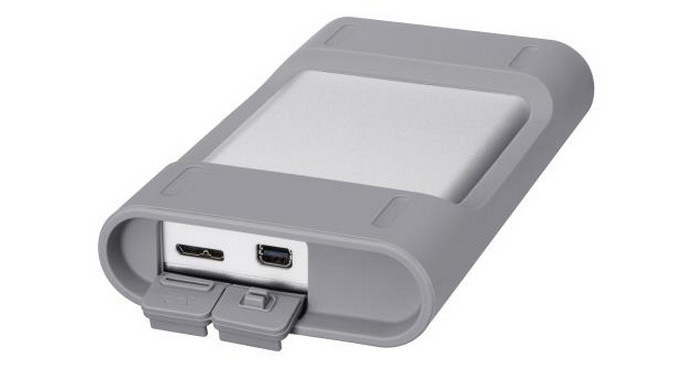 Sony has unveiled two new portable hard drives that come with support for Thunderbolt and USB 3.0 at the same time. The new models offer 1 TB and 2 TB capacities and are known as PSZ-HB1T (1 TB) and PSZ-HB2T (2 TB). Both models deliver not only large storage capacities but also protection against various hazards such as shock, dust and others.

“Professionals need options when making storage purchase decisions, which is why Sony is now offering two high capacity, high-speed, rugged shuttle drives, with flexible interfaces,” said Bill Cubellis, Director, Professional and Storage Media Sales & Marketing, Sony Electronics. “Compatibility is also critical, and based on user feedback we included a Thunderbolt port in our HDD. Now users can safely, affordable and easily transport large volumes of content, and deliver it in a timely fashion from the field, from nearly any device.”

Performance-wise the 2-terabyte PSZ-HBT model offers a read speed of up to 122 MB/sec, while the smaller 1-terabyte PSZ-HB1T reaches 120 MB/sec of read speed. Both models come with enhanced chassis that include silicone rendering against shock and an internal architecture that is optimized for use in rugged situations. This allows the drives to survive drops from up to 2 meters (6.6 feet). Moreover the Thunderbolt and USB 3.0 ports come with silicone covers, which provide protection against water and dust. In addition the hard drive chassis house the included cables so there won’t be any cable clutter around.

The new Sony hard drives will reach the market in May 2015. The prices of the drives still have to be determined.