Thermaltake has officially announced the release of their specifically developed for silent operation CPU air-cooler – the Thermaltake Jing. The name of the new dual fan cooler comes from Chinese word for “silence”,  representing its noise level of only 16 dBA. 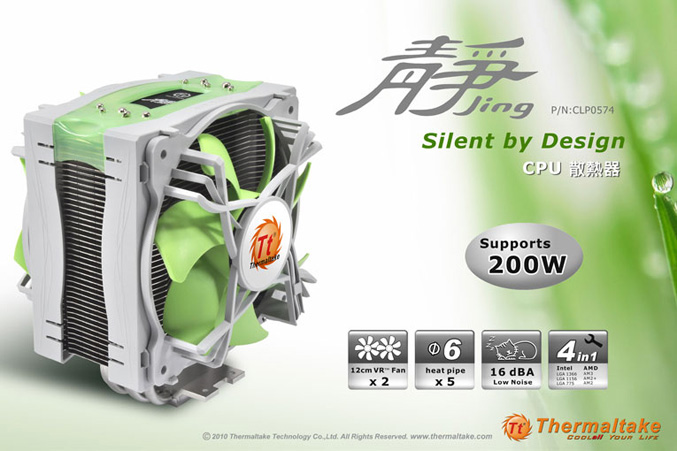