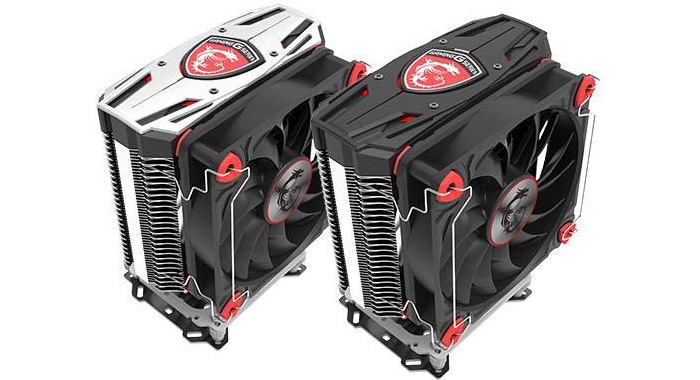 The company MSI, which we know for making video cards and gaming notebooks, has announced two new CPU coolers under the Core Frozr brand name. This is a first for the company so the new CPU coolers definitely deserve a look.

The two models are known as Core Frozr L and Core Frozr XL. They differ in their dimensions and the XL model also has RGB LEDs. Both coolers come with a 120-mm TORX cooling fan and sport a copper base with 8 mm SuperPipe heat pipes. In addition to this the new MSI coolers feature the Airflow Control technology, which allows users to aim the passing air directly at the heat pipes. Thanks to this the Core Frozr coolers can cool processors with TDP of up to 200W.

The two new MSI CPU coolers will be out by the end of the year. MSI will announce their prices later this year.