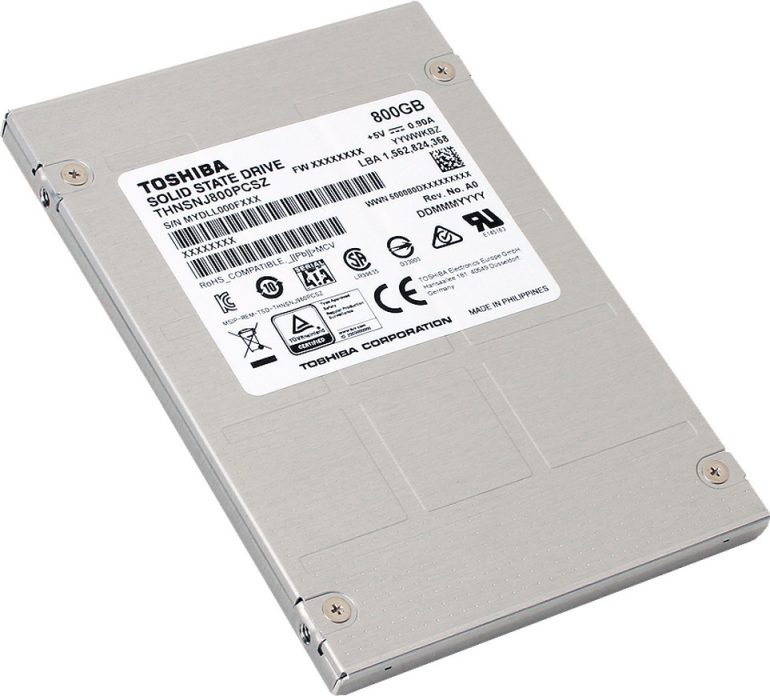 Toshiba has announced two new solid-state drive families on its web site that carry the rather strange and difficult HK3R2 and HK3E2 brand names. The two families come with the latest SSD technologies including the most popular 2.5-inch form factor and support for SATA 3.0. It is also worth mentioning that the new drives are just 7 mm thick, which makes them suitable for notebooks and other portable devices.

We’ll pay attention to the HK3E2 family first. This one features enhanced capacities and maybe that’s why it has the letter E in the brand name. Anyway there are three models in this line with capacities of 200 GB, 400 GB and 800 GB. The drives are designed for heavy use and they can sustain three DWPD (Diskful Writes Per Day) for a period of five years. This means that you can write and erase 200 GB or 400 GB or 800 GB of data, depending on the model, three times a day and then be confident that your SSD will live five years. Not bad at all!

No word on pricing but since these drives are not the fastest we have seen we do not expect them to be too expensive.