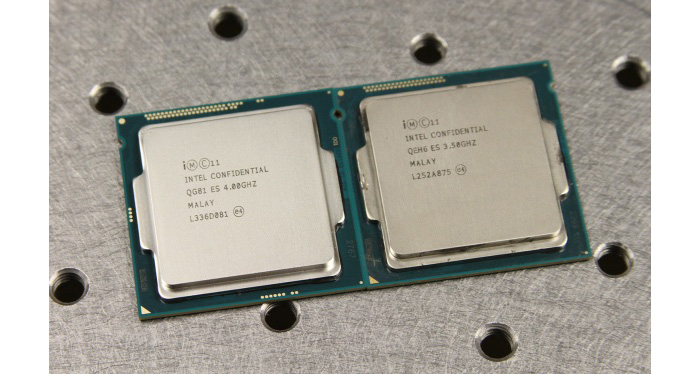 Although there are billions of PC processors around the world, few people know how they are manufactured. It is not that simple and we are not talking about the way the CPU dies are made and what manufacturing process they use. Actually after producing a wafer with dies, it gets cut into pieces, which are actually the dies with the CPU cores you crave and then each die gets tested before it is inserted into its LGA 1155, LGA 1151 package, etc. This is how Intel processors are made and all these activities take place in different countries.

The fact that Intel chips circumvent the world is not a secret – each Intel processor carries the name of the country where the chip has been tested and packaged and you can see this on the CPU heat spreader. Starting now this will change, though – each country gets a short codename. There are four countries where Intel makes chips – the USA, Vietnam, Malaysia and China and from now on they will be known, at least on the chips, as US, VN, MY and CN, respectively.

This news may be of use to hardware enthusiasts or hardcore overclockers who often look for a particular processor series with a particular country of origin but the change will hardly affect regular PC users. Intel chips will keep on functioning the same way they have until now so there’s nothing to worry about.