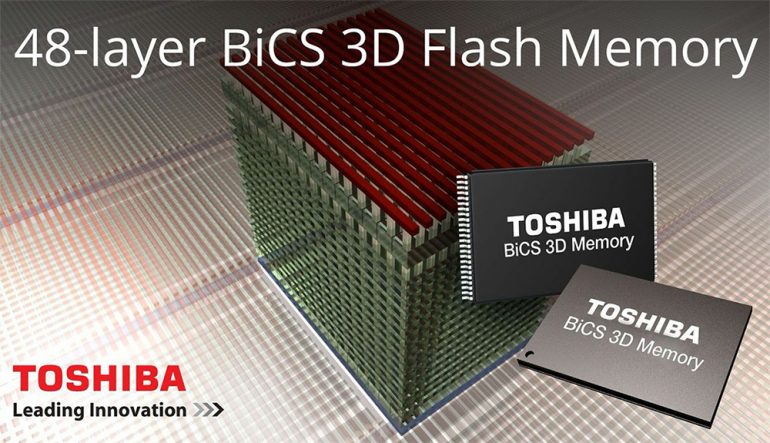 The main new features of the new SSD generation include a small form factor, very low power consumption and improved performance. All these features make the new SSDs perfect for ultrabooks, notebooks, convertibles and other digital devices. The Toshiba BG SSDs have a surface area that is 95 per cent smaller than conventional 2.5-inch SATA storage devices and 82 per cent smaller than M.2 Type 22806 drives and combine both the controller and NAND flash memory in a single 16 mm x 20 mm BGA package. Thanks to the usage of BiCS flash memory the BG series provides capacities of up to 512 GB in a compact and power efficient form factor.

“We are thrilled to unveil the new BG series with BiCS FLASH which will deliver both a rich feature-set and high performance all within an extremely small footprint and power profile,” said Jeremy Werner, vice president of SSD marketing and product planning at Toshiba America Electronic Components, Inc. “We expect to be in production this year with BiCS FLASH BGA SSDs, offering our customers a compelling and cost-effective storage solution for the next generation of high performance ultra-thin and light notebooks and tablets.”