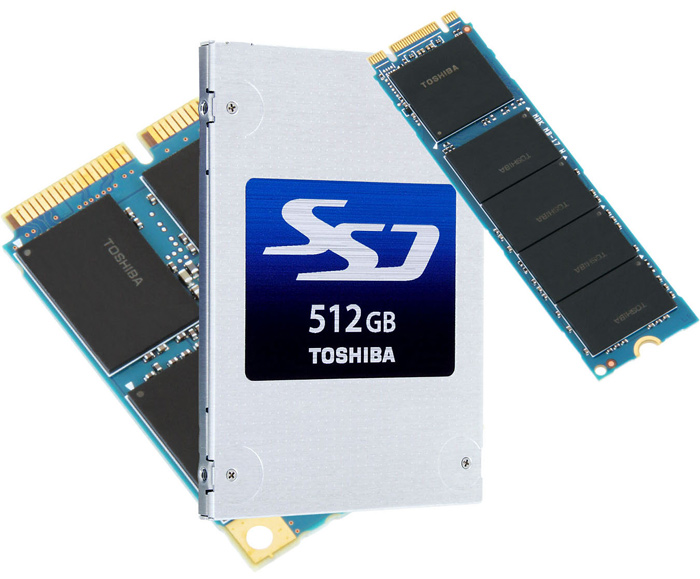 Toshiba has officially announced its new family of solid state drives that belong to the so-called HG6 series. All new drives are based on 19 nm NAND flash memory and feature capacities that range from 60 GB to 512 GB. As to form factors you will be able to find the HG6 drives in the common 2.5-inch form factor and mSATA as well as M.2 in order to better meet various requirements.

The new drives reach 534 MB/sec of sequential read speed and 482 MB/sec of sequential write speed and feature various technologies that improve their functions. Thus you can rely on a self-encrypting option that is compliant with the Trusted Computing Group’s TCG Opal ver.2.0. There’s more though – the SSDs feature a self-erase system when they get accessed by an unauthorized system. In addition the HG6 series comes with full support for SATA 3.0 and low power consumption that makes them suitable for all types of computing machines.

There’s no word on the pricing of the SSDs though.