Tyrant Unleashed is a game for people who like battles and strategies. The app is for children aged at least around 10 years old and will appeal to fans of this genre only.

The story behind Tyrant Unleashed is almost non-existent. All the action takes place in the distant future where you will have to fight the bad guys again. There isn’t an introduction and there’s a simple tutorial only so in a way you are thrown into the action and violence without much meaning behind it. So there’s a bad guy called Typhon Vex who commands a faction of ruthless warriors and it is up to you to stop him. The gameplay, however, has something new and interesting inside. The action inside Tyrant Unleashed is done via cards with soldiers and machines drawn on them and the fights take place in turns. So when you choose an infantry man and a robot, expect to see some automatic gunfire plus some rockets flying. The same is true for your opponent and you take turns shooting at each other with all the shots hitting the target. When a soldier gets killed, their card disappears and that’s it. At the same time you can add more and more cards (read soldiers), thus reinforcing your troops but some soldiers and machines can only fire after some turns so there’s some strategy involved as well. In addition the app allows you to play against various opponents that are situated around the world, so this is a nice feature in the game as well.

Tyrant Unleashed has just 2D graphics but given the layout of the game and how it is played you cannot really expect to find 3D graphics in this app. The sound in the game is also nice and creates tension when expecting your next battle.

Tyrant Unleashed will appeal to people who like the action genre. It is not for other Google Play fans because the game lacks a solid story behind, which leaves the average player wondering why they are dumped amidst so much violence, although cartoonish. This makes the game look like another app where you save the world (and let’s admit it, there are thousands of them). Tyrant Unleashed is not a bad game and we liked the gameplay style inside but like we said – it is not for everyone out there. 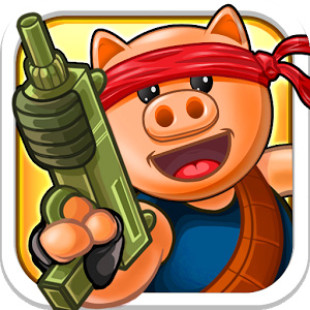 Hambo is a game that offers a rare combination between action and fun. Just look at the picture of the application – you will see a happy pig swinging a gun. Don’t you find this odd? Well, we have the feeling that Hambo will nicely surprise you. The game is full of action so maybe it is not a...

While Intel’s Ivy Bridge suffered an unexpected delay, the new Z77 chipset is short of any problems. This fact and the offered Sandy Bridge compatibility has stirred high interest in both consumers and motherboard makers. ASUS is another manufacturer that will offer a rich line of Z77... 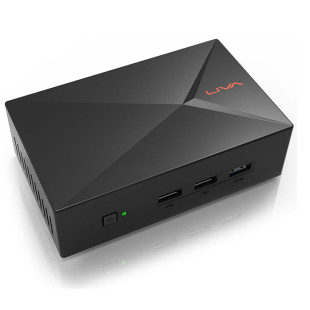 Elitegroup has expanded its LIVA line of small form factor PCs at CES 2015 with the addition of the newest LIVA X model. The new mini PC has many attractive features that include 0 dB thermal design, ultra-low power consumption and small size. The computer, which is as big as a can of Coke...