Zombies are a favorite enemy in games and movies and there’s only one thing that you must do to them and that is defeat them! Now you have a new chance in this never-ending quest with a free Android game named Zombie Diary 2: Evolution.

This app is one of the better ones on Google Play as it offers nice graphics and addictive gameplay. The goal of the game is simple – defeat a certain number of zombies, survive and then advance to the next level. In order to defeat the enemy you have to use weapons that can be later upgraded too. Things get tougher at higher levels where zombies move faster and are many more so you may find yourself surrounded. A nice touch is that every level differs from the previous one. Thus you will find yourself fighting on the streets of an abandoned city, in the sewers and much more. Graphics and sound are nice and you will surely enjoy it. Zombie Diary 2: Evolution is not a 3D game but the developers have added additional graphics features that compensate this lack. All in all you will have fun with this app given you are into shooters.

You can check Zombie Diary 2: Evolution out here on Google Play.

PlayStation 4 may be released on February 20

Sony Corporation has sent out mysterious invitations that encourage Sony’s fans to come “see the future” on February 20. There’s no information whatsoever on the PlayStation 4 but it seems that on this day the next generation console will see the light of day after all. The PlayStation 4... 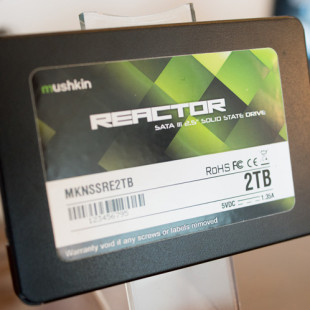 CES 2016 is now history (unfortunately) but the exhibition still makes headlines – during the last day of the event the US memory products maker Mushkin has announced a new solid-state drive that comes with the monstrous capacity of 4 TB. The drive should be on the market soon where it should...