ZombieBolt is a game that looks like it will offer some fast-paced zombie action, like killing zombies or something else. We have seen and played such games before so we expected something more of the same.

Well, we had a surprise once again! We saw it coming – ZombieBolt is just around 10 MB in size and you know well that such games or apps do not bring a lot of content. ZombieBolt is not an exception – the game comes with 2D graphics only, a simple interface and simple gameplay that won’t take you even a minute to grasp. Here’s what happens – there’s a zombie that stands on the ground and falling walls. You have to move the zombie to safety (read holes in the falling walls) in order to help it survive. Do it again and again and again until you die – and you will for sure since the game gets tougher by the minute.

Interested? You might be. As you can see ZombieBolt does not offer a lot but the game can be a perfect choice when you have some time to kill. If you want to have some serious gaming, though, then look elsewhere.

ZombieBolt is here on Google Play.

Silicon Power, a leading manufacturer of various memory products, has released new 128 GB flash drives that promise to keep your files and free you from the hassle of having multiple flash drives but with smaller capacities. The new drives support both USB 3.0 and USB 2.0 and promise to keep...

Audio master Sennheiser in collaboration with World Champion Counterstrike team mTw have introduced a new gaming headset, featuring innovative design that "adjusts to your head" and providing good ventilation to keeps your head cooled down, to ensure better comfort during your extra long gaming... 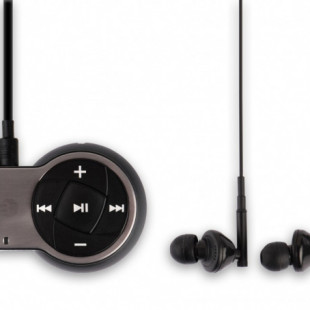 Bluetrek comes up with another headset which will allow you to enjoy music and calls wirelessly. The MusiCALL clip stereo headset allows multi connections and let you pair your mobile and music player at the same time, and the music will pause,  while you take the call. The headset...