Prepare to turn on the Headlights, Scotty 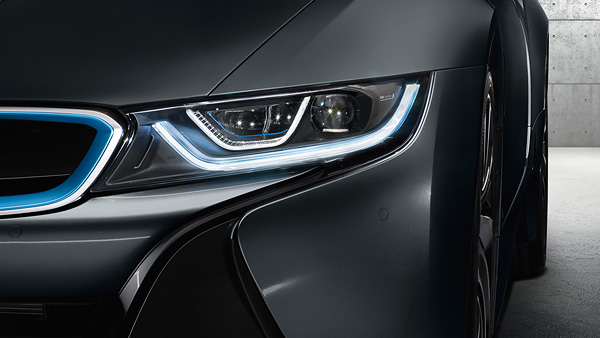 Lasers can do some amazing things.  They are being used today to read DVDs and CDs, correct blurry vision and even for transporting Star Trek crew.  Now you can add this to the list, “replacing car headlamps.” That’s right; vehicle headlights are getting beamed up.

BMW, one of the first automakers to adopt the technology, says that lasers have an illuminating power 1,000 times more powerful than LEDs — which up until just recently provided the greatest power of all the bulb technologies out there. BMW explains that laser technology has some compelling advantages over standard illumination system, for example: laser automobile lights can be much smaller than conventional lighting systems, they can use much less energy than incandescent lights to operate, and they look pretty darn cool, too.

I know what you are thinking, can’t lasers burn your eyes out?  Sounds like a major disadvantage in the grand scheme of things.  Not a problem says BMW, because of the way the beam energy is directed and then ultimately displayed out of the headlight housing, you can’t accidentally injure your eyes.  This is not like “looking into a laser”, they explain. What happens with each headlight is that three blue lasers positioned at the rear of the assembly fire onto a set of mirrors closer to the front. Those mirrors focus the laser energy into a lens filled with yellow phosphorus. The yellow phosphorus, when excited by the blue laser, emits an intense white light. That white light shines backward, onto a reflector then the reflector bounces the more diffused white light forward to illuminate the road. No direct laser beams exit the assembly.

Because laser-powered headlight systems can be much smaller than standard headlights, they open up a new world for automotive designers.  They now have a larger palate to use when crafted the front of new automobiles. They have more flexibility to make more aerodynamic shapes or just to fit more stuff into the engine compartment with the freed-up space.

BMW, the developer and so far frontrunner on this technology, hasn’t yet said when laser-powered headlights will be a regular option on its production cars and SUVs. Neither have other companies? Given the “arms-race” nature of the auto business, it’s probably a safe bet that other manufacturers are already trying to figure out how to produce their own laser-augmented lighting systems.  We will likely be seeing a great deal more about automotive laser illumination systems in coming years.