On April 5, Nintendo launches Nintendo DSi™, the third iteration of the best-selling portable video game system and the latest evolution in hand-held gaming.
Nintendo DSi gives new and veteran gamers the ability to customize, personalize and share their experiences with friends and family. Two built-in, interactive cameras let people snap and modify photos, while recorded sounds can be played and manipulated in interesting and imaginative ways. Also on April 5, Nintendo will launch the Nintendo DSi Shop, a new online storefront where users can redeem Nintendo DSi Points to download an ever-growing variety of inventive games and applications. Nintendo DSi will be available in the United States in Blue or Black at an MSRP of $169.99. 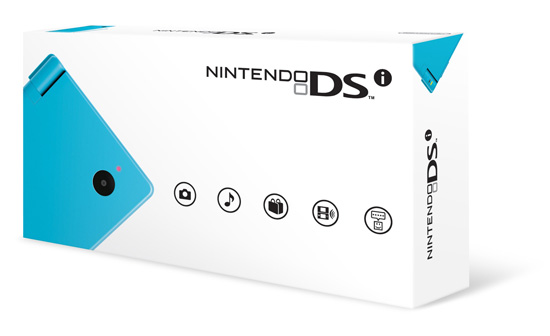 “The concept of entertainment is clearly expanding to enable self-expression and creation in ways never before possible,” said Cammie Dunaway, Nintendo of America’s executive vice president of Sales & Marketing. “Nintendo DSi is loaded with software to help people do exactly that. It’s not just about the cameras or audio playback, but what people can do with these features that makes Nintendo DSi such an enjoyable game system.” 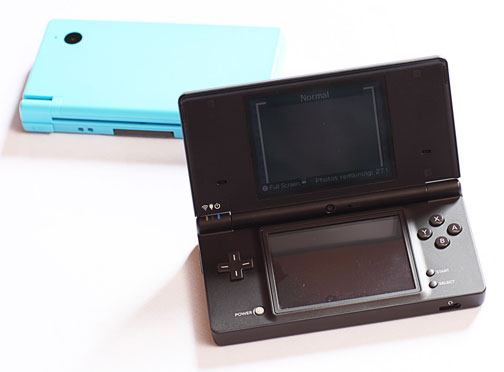 Beyond the creative user experience, these features also give developers the tools to create new games and applications not previously possible. In the same way that WiiWare™ has given developers big and small a way to deliver their most original games directly to Wii™ users, Nintendo DSiWare™ provides access to the latest and most inventive hand-held games from a variety of studios and genres. Here are the Nintendo DSiWare titles that will be available when the Nintendo DSi Shop launches:

In addition to a diverse, constantly expanding lineup of DSiWare game titles, visitors to the Nintendo DSi Shop can also download the free Nintendo DSi Browser to enjoy portable access to the Internet. Powered by Opera, this simple-to-use application makes use of the Nintendo DSi system’s dual-screen display to provide fast, intuitive Web browsing.

Nintendo DSi allows users to create and share unique moments using a number of distinctive features. Two cameras – one pointing at the user when the system is open, one facing away – let people take photos and manipulate them with 10 built-in “lenses” including Distortion, Graffiti and Mischief. The cameras inspire creativity by letting users personalize their photos and trade them wirelessly with friends and family. The Nintendo DSi Sound application lets people put their own spin on their music with the ability to play and manipulate AAC sound files accessed from an SD card. These sonic tweaks are not saved or stored – they’re meant for having fun on-the-fly, changing the pitch or playback speed of a clip with a simple touch of the stylus.