The new Star Wars themed Xbox 360 bundle is fitted with 320 GB Hard Drive and also comes Xbox 360 Wired Headset, Kinect Adventures game, Xbox LIVE Token for exclusive downloadable content and of course the Kinect Star Wars game. The new bundle is set to be released alongside with the upcoming Kinect Star Wars title, but is now available or pre-order priced at $449.99.

As for the game, it promises to bring the Star Wars universe to life like never before, allowing gamers controller-free using of  “the force” and to battle with a Lightsabers, using full body motions.

VIA announces the NSD7200 home storage and media server

VIA Technologies, Inc, a leading innovator of power efficient x86 processor platforms, today announced its entry into the design manufacturing service business to offer provide flexible system hardware solutions, starting with the new VIA NSD7200 home storage and media server. Building on its... 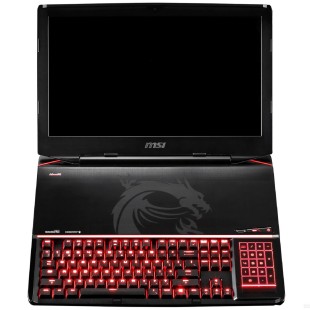 The Taiwanese computer maker MSI is getting ready to present a new GT80 gaming notebook, called GT80 Titan. This will be the latest evolution of the GT80 gaming line and as expected will feature the best hardware there is. The new MSI GT80 Titan will have a stylish chassis that is just 49.1...