The Taiwanese ASUS has unveiled the ROG TYTAN CG8890 desktop gaming PC that has the best hardware available and may as well be the fastest gaming PC out there.

The ROG TYTAN CG8890 is based on Intel’s six-core Core i7-3960X processor and allows instant CPU overclocking with speeds reaching as far as 4.2 GHz. To do this the system offers three overclocking modes – Startup Mode that overclocks the CPU to 3.8 GHz, Turbo Gear Mode which runs the processor at 4.0 GHz and Turbo Gear Extreme Mode that runs the CPU at 4.2 GHz. 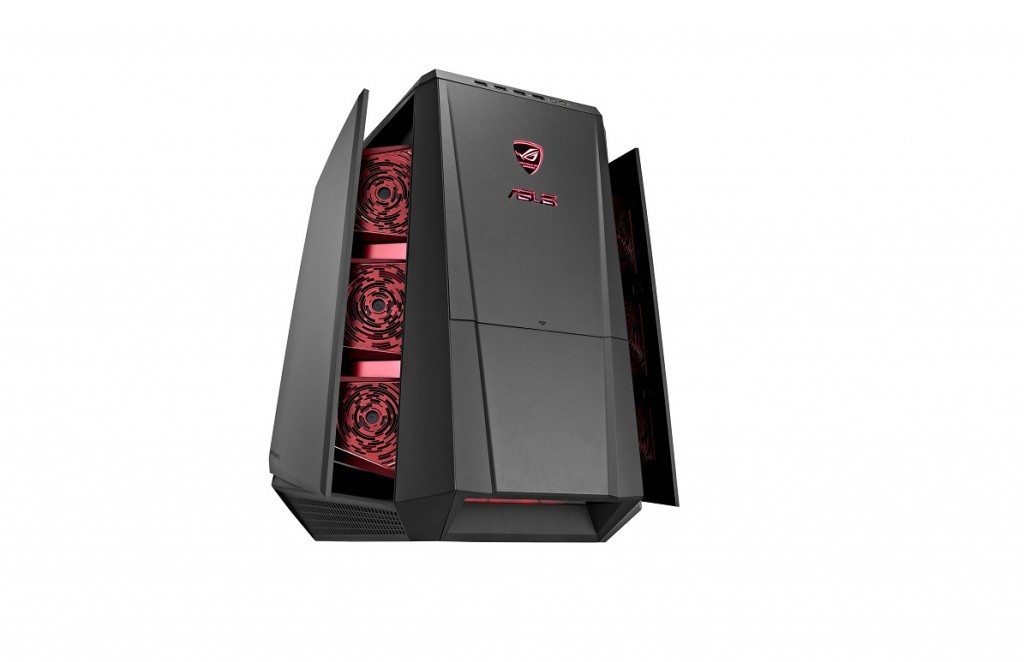 Finally the ROG TYTAN CG8890 is housed in a great looking chassis that transforms itself when the system is overclocked with various red and blue LED lights showing the overclocking mode the system is in at the moment. High clock speed means heat and this is why the ROG TYTAN CG8890 also offers liquid cooling for the CPU as well as 10-way venting.

Availability and pricing are unknown but the ROG TYTAN CG8890 won’t cost a dime, that’s for sure.