Sony Computer Entertainment (SCE) today announced that it will release new Motion Controller (tentative) for PlayStation®3 (PS3®) computer entertainment system in Spring 2010. The new controller, equipped with high-precision, highly accurate motion sensors, can deliver whole new entertainment experience on PS3 when combined together with the PlayStation®Eye camera. Capable of recognizing and tracking a user’s face and voice as well as body motion, PlayStation Eye can also output the player’s image onto the TV screen. SCE will vigorously promote the expansion of this new experience only possible on the PS3 platform.

The newly announced Motion Controller is equipped with two motion sensors, three axes gyroscope and three axes accelerometer that can detect the controller’s angle and movement held in the user’s hand. Together with the PlayStation Eye camera for PS3 which can accurately track the absolute position of the controller, the controller can detect the natural and intuitive movement of the hand and reflect the precise movement on to the game. The sphere placed on the top of the controller is not only used to track the absolute position but can also give visual feedback to users by changing the colors or the illuminating patterns of the sphere. Furthermore, the new controller is also equipped with a rumble feature, familiar to the PlayStation® DUALSHOCK® series controller, delivering immersive gaming experience to users. 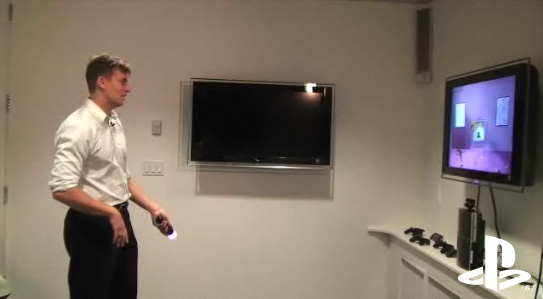 Further expanding the new experience on PS3, SCE Worldwide Studios will deliver many exciting software titles for the Motion Controller in 2010*2. SCE, with strong support from software developers and publishers, will deploy various measures to enhance the software title line-up for the new Motion Controller and vigorously promote the PS3 platform. 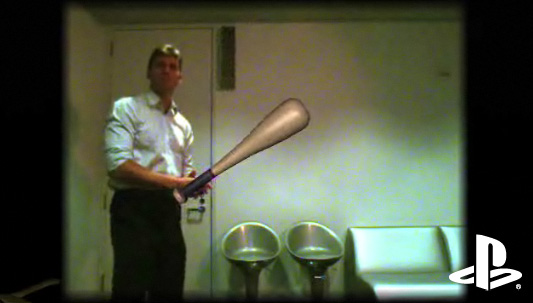 *1 Titles to be released will depend by countries or regions.

*2 Motion control function will be added by network update, etc.