Razer listed for pre-order its Chimaera Stereo Wireless gaming headset and Chimaera 5.1 wireless Surround Sound headset which both are compatible with the Xbox 360 and PC. The 5.1 variant is priced at US $199.99 and €199.99 for Europe,  and will be available in April, while the stereo version will start shipping on Feb 28th in US and Worldwide in March for $129.99 / EU €129.99.

The Razer Chimaera 5.1 gives you wireless Dolby surround sound freedom up to 10m range and up to 8 hours usage, thanks to its interference-free 5.8 GHz wireless technology. The headset is  equipped with 50mm speakers, adjustable circumaural ear cups with independent audio and microphone controls, flexible boom mic and comes with a docking base station for audio processing, recharging and allowing to be connected up to 4 base stations for dedicated team communications. 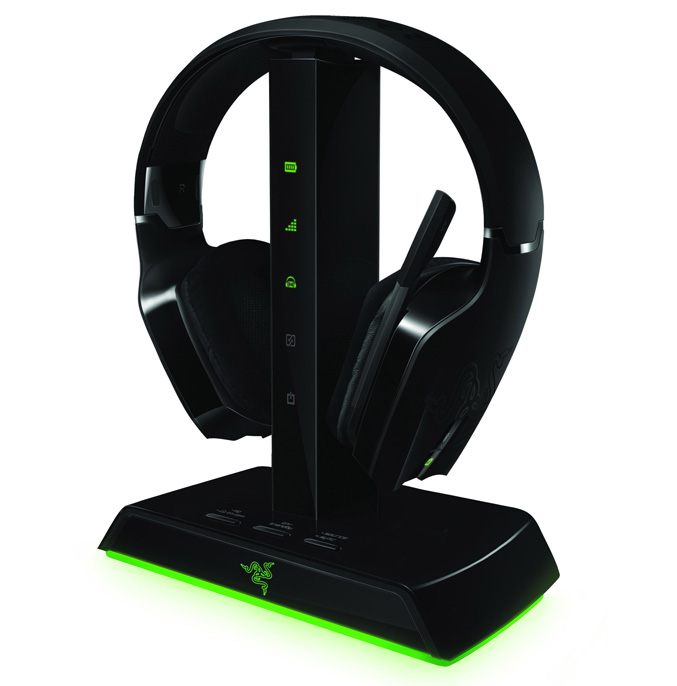