Microsoft Corp. announced today that sales of Xbox 360 consoles have passed the 30 million mark globally, with its Xbox LIVE community swelling to more than 20 million active members. After the biggest year in its history in 2008, Xbox 360 achieved the highest percentage growth in hardware sales of any console so far in 2009, up 28 percent over the previous year.

The success of the platform can be measured across the business, with Xbox LIVE now considered the world’s largest global entertainment network. Increasing consumer desire to connect with friends, download and enjoy blockbuster movies and TV shows, and extend the life of their favorite games has been the primary driver behind the growth of Xbox LIVE membership and the reason Xbox continues to expand offerings on the platform.

“We’ve always been confident that Xbox 360 offers more entertainment value than any other console on the market, and these latest numbers show that consumers agree,” said Don Mattrick, senior vice president of the Interactive Entertainment Business at Microsoft. “We expect our growth to continue to accelerate. Our news at E3 next week will underscore our commitment to bringing blockbuster entertainment experiences to everyone and to growing the Xbox entertainment brand globally.” 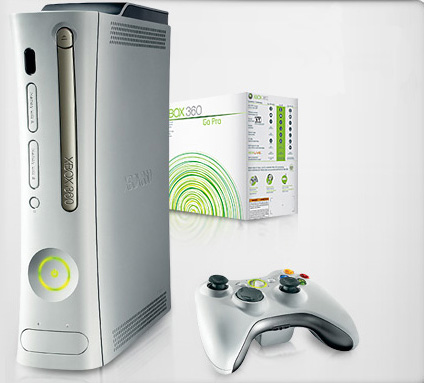 Over the course of this console generation, U.S. consumers alone have spent $14.5 billion across all categories on Xbox 360 at retail. This number reflects strong interest in a comprehensive entertainment offering that includes the ability to connect with others socially and to digitally download entertainment, be it games, TV shows or movies. To date, consumers have downloaded nearly 1 billion pieces of gaming and entertainment content from Xbox LIVE Marketplace, including a broad array of premium high- and standard-definition movies and TV shows from top studios and networks around the world .

Activity on Xbox LIVE, the industry-leading online gaming and entertainment service, surged following the launch of the New Xbox Experience in November 2008. Since that time, the community has recorded a 136 percent increase in new members, TV and movie downloads have more than doubled, and purchases of games, Game Add-ons and more on Xbox LIVE Arcade have increased by 70 percent (. Xbox LIVE reaches 26 countries worldwide and is now in more homes than any satellite television provider. Before the end of the year, the number of Xbox LIVE members will surpass the number of subscribers to the largest cable provider . Consumers can expect more exciting announcements from Microsoft next week as Xbox 360 kicks off the Electronic Entertainment Expo (E3), the world’s premier trade show for computer and video games and related products, with its press briefing on Monday, June 1, in Los Angeles.